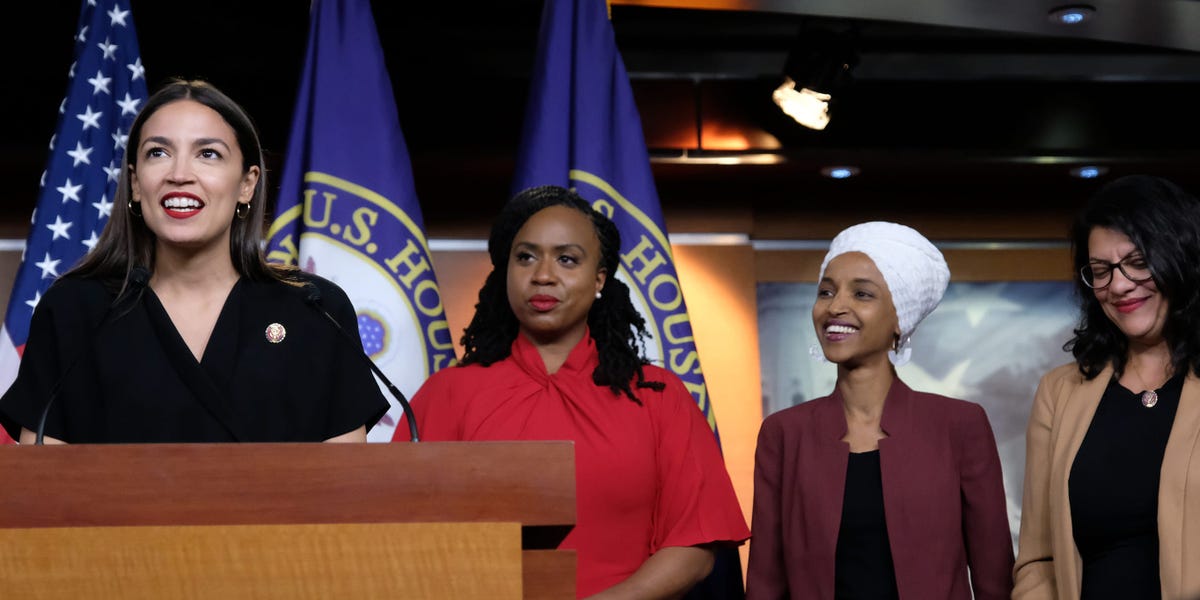 The groups are affiliated with the International Union of Police Associations, which is based in Sarasota, Florida, and represents 20,000 people in law enforcement.

The PACs, Law Enforcement for a Safer America PAC and Honoring American Law Enforcement PAC, have spent $127,500 on each member of The Squad, records reviewed by Axios showed. In total, the outlet said it marks the “largest independent political expenditure of the 2022 cycle to date.”

The specific content of the text messages was not clear.

Read more: 32 years old and making $31,000: Capitol Hill staffers vent about unlivable pay and how they survive in one of the nation’s most expensive cities

“The Squad” refers to a group of four US representatives that are women of color: Reps. Alexandria Ocasio-Cortez of New York, Ilhan Omar of Minnesota, Ayanna Pressley of Massachusetts, and Rashida Tlaib of Michigan. Known as some of the most progressive members of Congress, they have drawn the ire of conservatives, including former president Donald Trump.

None of the members are especially at risk of losing their seats, prompting Axios to report that the police union’s attacks seem less aimed at unseating them than at raising funds for the PACs themselves by capitalizing on The Squad’s unpopularity with Republicans.

Debates over policing are also high on Republicans’ minds after the racial justice protests of last year and calls for police reform. Squad members split on a recent vote in Congress to expand funding for Capitol police in the wake of the insurrection. Omar and Pressley voted against the measure, while Ocasio-Cortez and Tlaib voted present, ultimately allowing the bill to pass by one vote.