‘Where did the baby go?’ Expectant mother who is seven months pregnant stumps social media users after revealing she can create the illusion of a flat stomach in seconds

By Latoya Gayle For Mailonline

A pregnant woman has gone viral on social media after revealing she can ‘deflate’ her baby bump within seconds.

Chloe Elizabeth Rose, 20, from the East Midlands, boasts over 6,000 followers on TikTok, where she documents life as a mother and her journey to the birth of her second child, who is due in July.

In one of her latest videos, she has left other users baffled after sucking in her pregnant belly to give the illusion of a flat stomach in seconds.

The viral video has racked up over 1 million views, with many commenters asking Chloe to explain how the movement affects her baby. 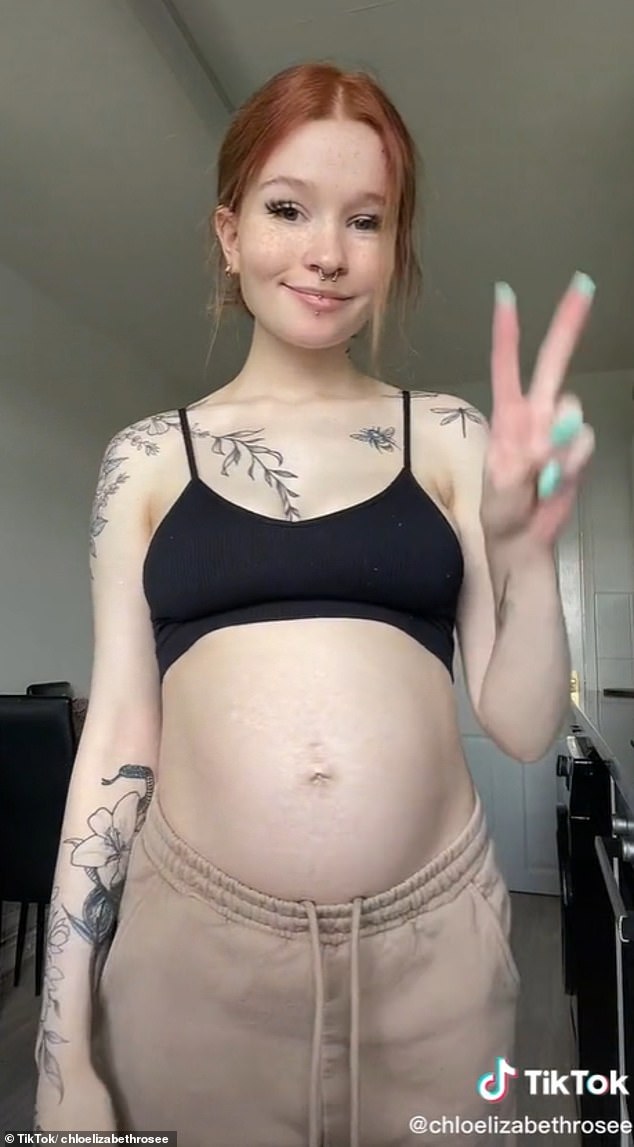 Chloe Elizabeth Rose, 20, (pictured) from the East Midlands, has gone viral on TikTok after revealing how she creates the illusion of deflating her baby bump 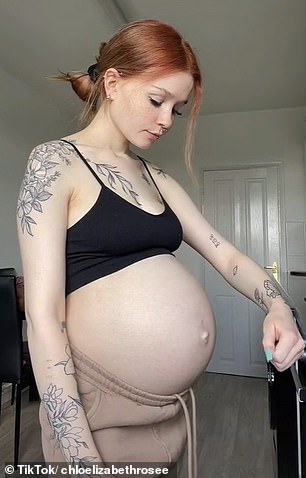 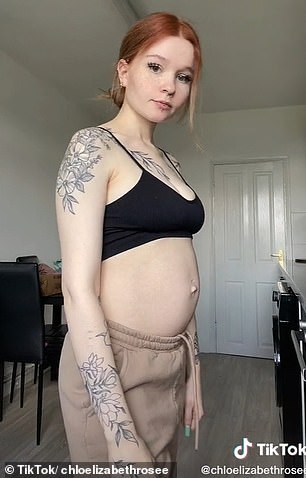 The mother-of-one has racked up over 1 million views on the video showing herself practising Transversus Abdominis exercises (left, her pregnant stomach, and right, while doing the exercise) 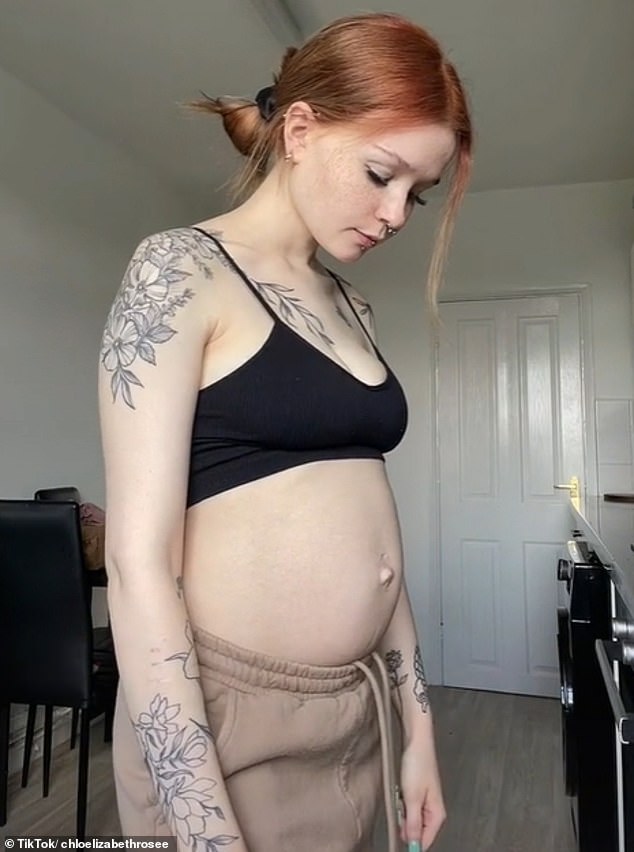 Chloe, who is due to give birth in July, claimed TVA breathing doesn’t harm the baby and said she can sometimes see the baby when doing it

Chloe rolled up a black tank top to expose her stomach and wore beige joggers for the now viral video.

She could be seen pretending to pull something out of her belly button as the sound of air escaping was played in the background and she contracted her abdominal muscles.

As the size of her stomach decreased, the TikToker created the illusion of having an almost flat tummy.

Joking in the caption of her post, Chloe wrote: ‘I was never actually pregnant just sticking it out.’

Commenting on TikTok, Chloe said she does the exercise to strengthen core and pelvic floor and claimed it does not harm her baby

She followed up the clip explaining to commenters the benefits of Transversus Abdominis exercises.

The deepest abdominal muscle is the transverse abdominis (TVA).

The TVA wraps around the torso and acts like a corset on the midsection, with its function being to pull in the abdominal wall.

When the TVA is strengthened you essentially tighten the inner corset resulting in a smaller, flatter and more taut middle.

‘Transversus Abdominis breathing is recommended to strengthen your core and pelvic floor in pregnancy. It does NOT harm the baby in any way,’ Chloe said.

Many commenters admitted they were baffled by Chloe’s video, with one commenting: ‘Where does the baby go though?’

‘How are you doing that and how do you get the bump so big?’ another said.

A third commented: ‘I’m so confused.’

A fourth added: ‘I tried doing this when I get pregnant with my twins I swear I nearly vommed.’

Joking about the video, one wrote: ‘The baby – what did I do to deserve this…’

Another said: ‘The baby like, “Girl you better make more room for me right now”.’

A fourth wrote: ‘Claustrophobia be scaring the baby right now.’

Another added: ‘When I did this when I was pregnant there was just an outline of my baby’s back sticking out.’

Elsewhere, Chloe commented: ‘Sometimes when I lay down I can just see my whole baby if he’s in a weird position.’

David Maldonaldo is the excellent suspect in the hijacking of Yadhira Medina. Wreath police are yet to realize any...

Stella McCartney put on a cosy display with her husband Alasdhair Willis on Saturday, as she soaked up the...

The Jersey Shore would not be the same without salt water taffy. Here are spots to find this summer...
- Advertisement -

A woke news reporter working for The Guardian's US website has been condemned  after she took to Twitter to...

Ben Brode is a well-known video game designer from the United States. Until 2018, he was the game director...

David Maldonaldo is the excellent suspect in the hijacking...
Celeb Zone

Stella McCartney put on a cosy display with her...
News

The Jersey Shore would not be the same without...
News

A woke news reporter working for The Guardian's US...
Bio

Shoujo is a content maker and video decoration on...
News

Issa Rae continued to enjoy her time in New...
Entertainment

A woke news reporter working for The Guardian's US...
- Advertisement -