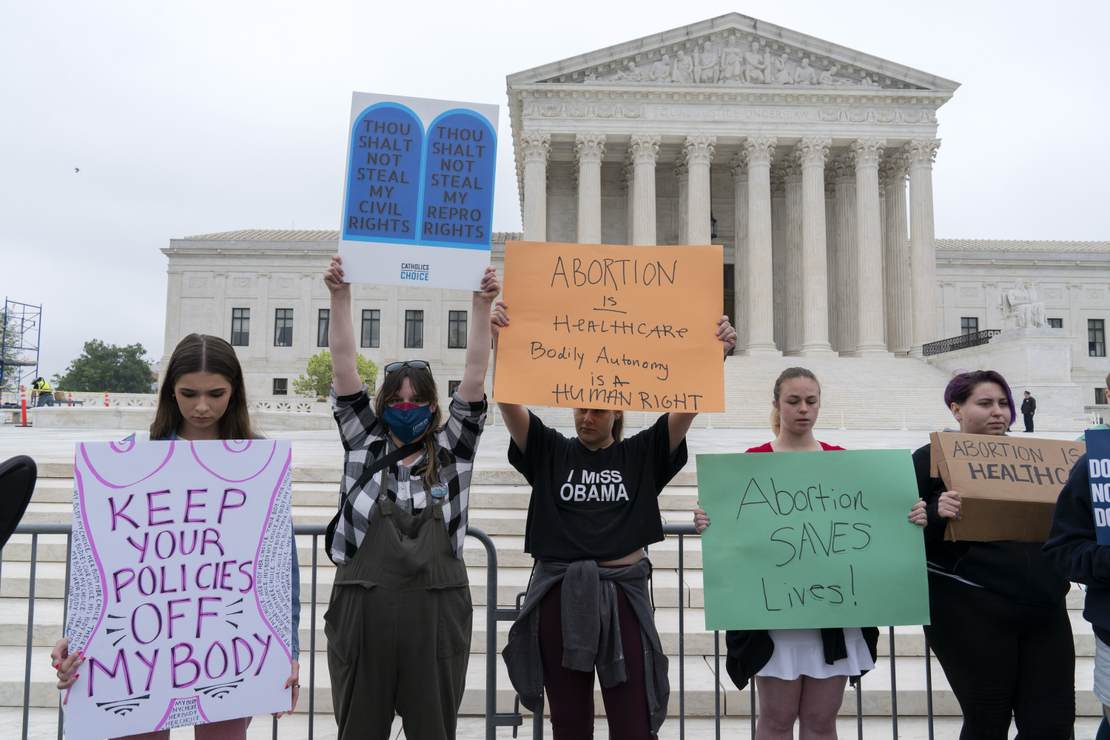 Progressive activists are set to launch a full-on campaign to persuade at least one Supreme Court justice to reverse their ruling on Roe v. Wade. After Justice Samuel Alito’s draft opinion on the matter was leaked to the public, a fiery debate erupted across the nation about abortion and the federal government’s role in regulating the practice. Now that it appears the highest court in the land is set to overturn its ruling from 1973, the pro-abortion crowd is desperate to ensure states cannot decide how they will handle the issue.

The leaked draft of a Supreme Court opinion that would overturn the constitutional right to abortion gave liberal activists a rare chance to change the minds of the high court’s most conservative justices before a final opinion is handed down.

They quickly seized the opportunity and targeted the justices on a personal level, publicizing the address of five justices who would overturn the landmark 1973 Roe v. Wade ruling that legalized abortion nationwide.

Not surprisingly, experts are suggesting the demonstrations will probably not change the outcome. Justice Clarence Thomas defiantly announced he would not be “bullied” into changing his abortion stance. The court is expected to issue the ruling by June 27.

Nevertheless, these activists are still going to give it the old college try, hoping they can push at least one of the members of the court to reverse course. The protests began in front of the Supreme Court. But now, progressives have organized demonstrations in major cities across the country. Organizers told The Washington Times that protests are planned for at least the next two weeks.

“This is what we need to do to create such an upsurge, such an outpouring of fury, that they are compelled to respond to our demands,” said abortion rights organizer Sunsara Taylor, who is helping to organize “a week of resistance” with a group called Rise Up 4 Abortion Rights.

Leftists are also planning to protest at churches on Mother’s Day. The fact that the ruling has not yet been issued is motivating them to hold out hope that they can make a difference.

“The leaked decision is a draft,” Taylor said. “It is not yet law. Everybody who does not want to see the state have the right to hijack women’s bodies, and force them to have children against their will, needs to raise their voices and get out in the streets non violently and make it clear to the Supreme Court and every other institution that we refuse to accept the loss of abortion rights.”

An activist group called “Ruth Sent Us” is planning to protest at the homes of five Justices who support overturning Roe. Their addresses were leaked to the public shortly after the draft opinion was published. White House press secretary, when questioned about President Joe Biden’s opinion on protesting at the Justices’ homes, appeared to defend those planning to protest. “I think our view here is that peaceful protest, there’s a long history in the United States, in the country, of that, and we certainly encourage people to keep it peaceful and not resort to any level of violence,” she said.

Conservatives have roundly criticized the revealing of the Justices’ addresses, pointing out that it represents a threat to their safety. Sen. John Cornyn (R-TX) proposed legislation to expand protective details for the judges and their families. He insisted they “have already been threatened with violence” which jeopardizes the court’s judicial independence.

Others have suggested issuing the ruling earlier, to subvert the protests and potential violence. Carrie Severino, president of the Judicial Crisis Network, argued that “The best way to address this would be to say, we are not going to leave this decision hanging out there for you to bully the whole court for the next two months” and suggested that they “just issue it quickly.”

One does not have to be a prophet to see that this whole thing is nothing but hopeful thinking on the part of progressive activists. It is highly unlikely that any of the justices will be cowed into submission on such an important ruling. The fact that leftists thought it wise to dox the justices who support overturning Roe only makes the situation worse. They are risking the possibility that some whacko might decide to use violence to safeguard federal control over abortion. Nevertheless, these people insist on tilting at windmills. But at this point, the die is cast, and decisions regarding abortion are going to revert back to the states whether the left likes it or not.

Aretha Franklin's granddaughter Grace Franklin auditioned for American Idol yet did not receive a ticket to Hollywood despite heavy...

COVID cases and hospitalizations are continuing to rise in New Jersey, with nearly every county now seeing high levels of...

Lizzo made a second appearance on the Sprout Podcast to discuss her upcoming album, “Special,” which she says has been three...
- Advertisement -

Johnny Depp‘s attorney has won a massive online following as his fans share videos of the glamorous defense lawyer...

COVID cases and hospitalizations are continuing to rise in...
News

Tom Cruise looked more handsome than ever as he...
News

In Johnny Depp and Amber are heard having the...
News

Elon Musk, who is currently registered as an independent...
News

The Department of Homeland Security issued a memo earlier...
News

Unlike with Bobbi, Frances lies to almost everyone else...
News

Operatives of the Kaduna State...
News

As you are hopefully aware by now, the illustrious...
News

Eintracht Frankfurt and Rangers contest the final of the...
News

As problems mount with ballot counting and other election...
- Advertisement -