Actress Rose McGowan attacked the Democrat Party during an appearance on Fox News on Monday, accusing its supporters of being in a ‘deep cult’.

Speaking to Primetime host Tammy Bruce, McGowan – a leading activist in the #MeToo movement after she exposed now-disgraced media mogul Harvey Weinstein – started by telling the interviewer that she was raised in a cult herself.

The actress compared her time in the ‘very famous’ Children of God cult to the Democratic Party, bashing it for what she called the ‘propaganda machine’.

McGowan told Bruce that she used to vote Democrat herself, but that she had an ‘awakening’ from the party, that she now views as a cult.

‘I am not here to make people feel bad about their political choices,’ she told the host. ‘But I am here to say that you might be in a cult too if you don’t know the signs.

‘And I do believe Democrats, most especially, are in a deep cult that they really don’t know about and aren’t really aware of.’ 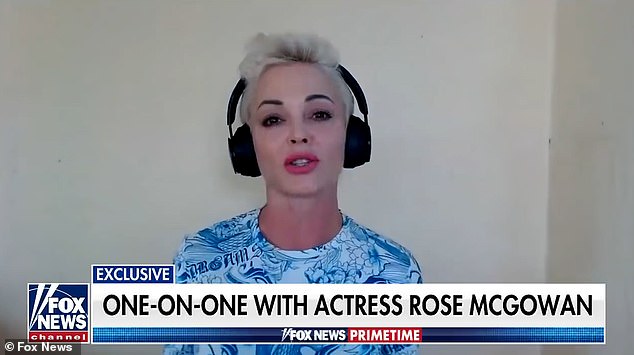 Actress Rose McGowan (pictured) attacked the Democrat Party during an appearance on Fox News on Monday, accusing its supporters of being in a ‘deep cult’

The 47-year-old said that her upbringing in the Children of God cult had given her a ‘superpower’ to recognize other cults.

‘It gave me the ability to see the control and the propaganda machine, especially in the US, for what it is and how it harms people and how the left can harm people just as much as the right if they go very, very deep into it and ignore all other aspects of, kind of, reality in a way,’ she said.

‘Whereas I find the Democrats are really, pretty much almost against all the same things, they’re against changing the world for the better, and they’re for keeping a system in place that is for so few people and benefits so few, but they masquerade as the – as the helpers.’

She went on to question the Democrats’ willingness to make meaningful change.

‘”We (Democrats) would do this – the world would be perfect, if only those Republicans would get out of the way.” Well, OK, you’ve got control. So now what? What are you going to do to make the world better?’

In the January 2020 election, President Joe Biden won control of the White House, while the Democrats won 50 seats in the Senate and maintained control of the House, essentially giving them legislative control.

However, the Democrats do not have the 60-seat majority required to break a filibuster, making it difficult for the party to pass legislation opposed by Republicans.

‘My persecution and awakening from being a Democrat was so much about what I do and what I say now – and so much about realizing how hardcore of a cult it is. And how much it does to women and the people it says it’s going to help. Then why haven’t they achieved anything?’ she asked the host.

‘I’m going to get a lot of hate for being on Fox News,’ McGowan added. ‘That’s just a fact.’ Her prediction came true, with some being critical of McGowan’s comments.

Following the interview, actress Rosanna Arquette labeled McGowan’s comments ‘disturbing’ on Twitter, while writer Tara Dublin added: ‘It makes me sad to hear Rose McGowan talking like this. Who brainwashed her?’

The former actress has previously attacked senior Democrats, lashing out againts Joe Biden when he accepted the Democratic Party’s presidential nomination in 2020.

She tweeted: ‘You are the season of darkness. @JoeBiden @dnc You are monsters. You are frauds. You are the lie.’ 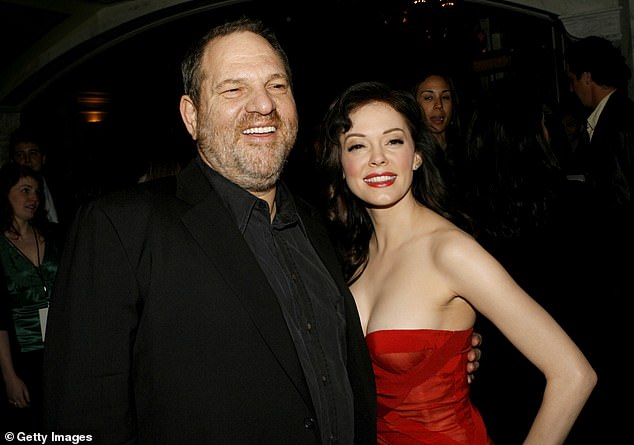 McGowan (right) became a household name when, in October 2017, McGowan alleged that media mogul and Hollywood movie producer Harvey Weinstein (left) had raped her in 1997, sparking the #MeToo movement – a social revolution against sexual abuse and sexual harassment where people publicize allegations of sex crimes

McGowan criticised the Democrats for their apparent failure to solve a number of social issues, such as systemic racism and police brutality, while in office.

She wrote: ‘What have the Democrats done to solve ANYTHING? Help the poor? No. Help black & brown people? No. Stop police brutality? No. Help single mothers? No. Help children? No. You have achieved nothing. NOTHING. Why did people vote Trump? Because of you motherf******.’

She also previously referred to the Trump Administration as a ‘terrorist regime after an air strike killed Iranian Major General Qasem Soleimani in January 2020.

Rose McGowan is known for her work both as an actress and activist.

Between 2001 and 2006 she played the role of Paige Matthews in ‘Charmed’, and featured in movies such as ‘Grindhouse’.

But she became a household name when, in October 2017, McGowan alleged that media mogul and Hollywood movie producer Harvey Weinstein had raped her in 1997, sparking the #MeToo movement – a social revolution against sexual abuse and sexual harassment where people publicize allegations of sex crimes.

Weinstein has since been charged of two criminal charges: one count of criminal sexual assault in the first degree and one count of rape in the third degree. He was sentenced to 23 years in prison. 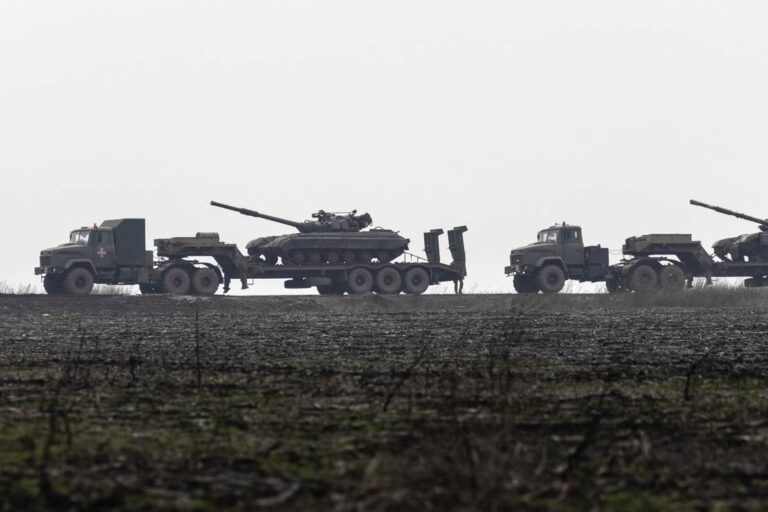 It grew to become apparent in December 2021 that Russian President Vladimir Putin was on the brink of invade Ukraine. Russia deployed 100,000 further troops to the border and ratcheted up the threatening rhetoric in opposition to the Ukrainian authorities. U.S. intelligence now believes that the items are all in place and an in depth… 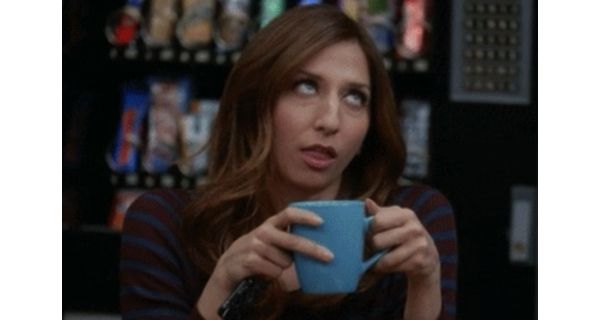 This Fourth of July sure has a lot of people triggered. Kristine Parks reports for Fox News that NPR broke its longstanding tradition of reading the Declaration of Independence and instead had a discussion of the meaning of equality. “Morning Edition” host Leila Fadel made the announcement and said it would be an “important segment…

A 17-year-old girl murdered by her father recalled in her diary how her mother ‘called me a liar and threatened to kill me’ if she went to the police and accused him of sexual abuse, it emerged today. The tragic diary entry by Bernadette Walker was revealed as her father Scott Walker, 51, was found… 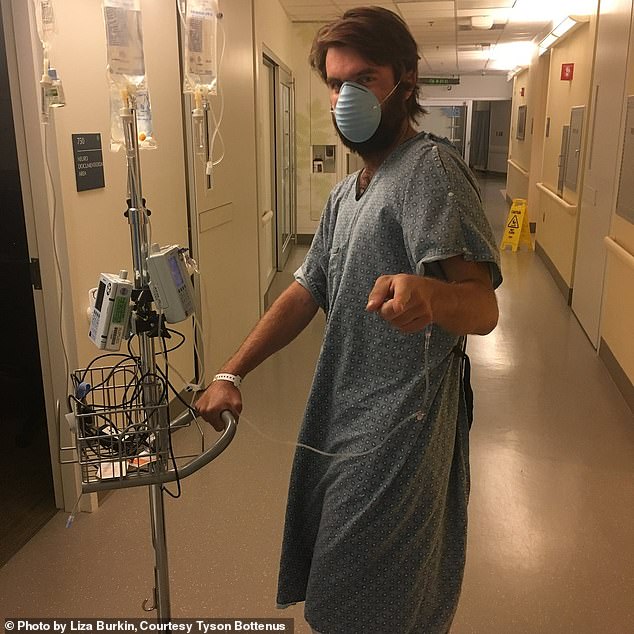 A 35-year-old Rhode Island man believes he’s the one individual alive affected by a uncommon, poisonous black fungus that is been rising on his mind for the previous 4 years. Tyson Bottenus, of Windfall, mentioned he picked up the tropical fungus in 2018 whereas embarking on a backpacking journey in Costa Rica to have a… 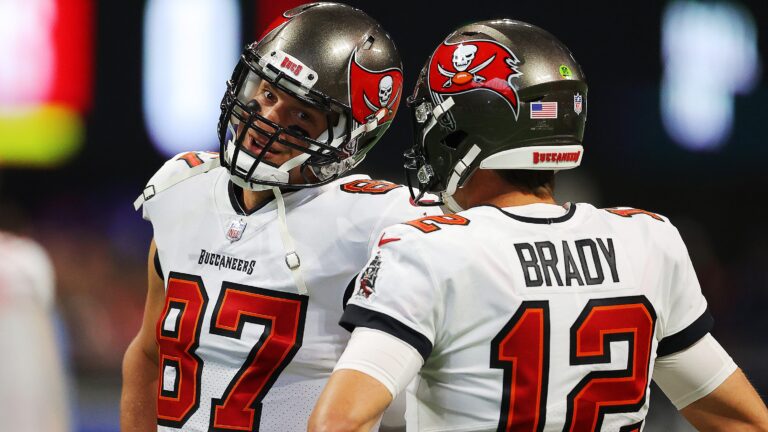 A Formula 1 boss and her lesbian lover have been shot dead by her husband after he found them in bed together before he then turned the gun on himself.  Nathalie Maillet, 51, was found dead alongside her lover Ann Lawrence Durviaux, 53, at her home in Gouvy, Belgium, on Sunday.  The pair were allegedly…