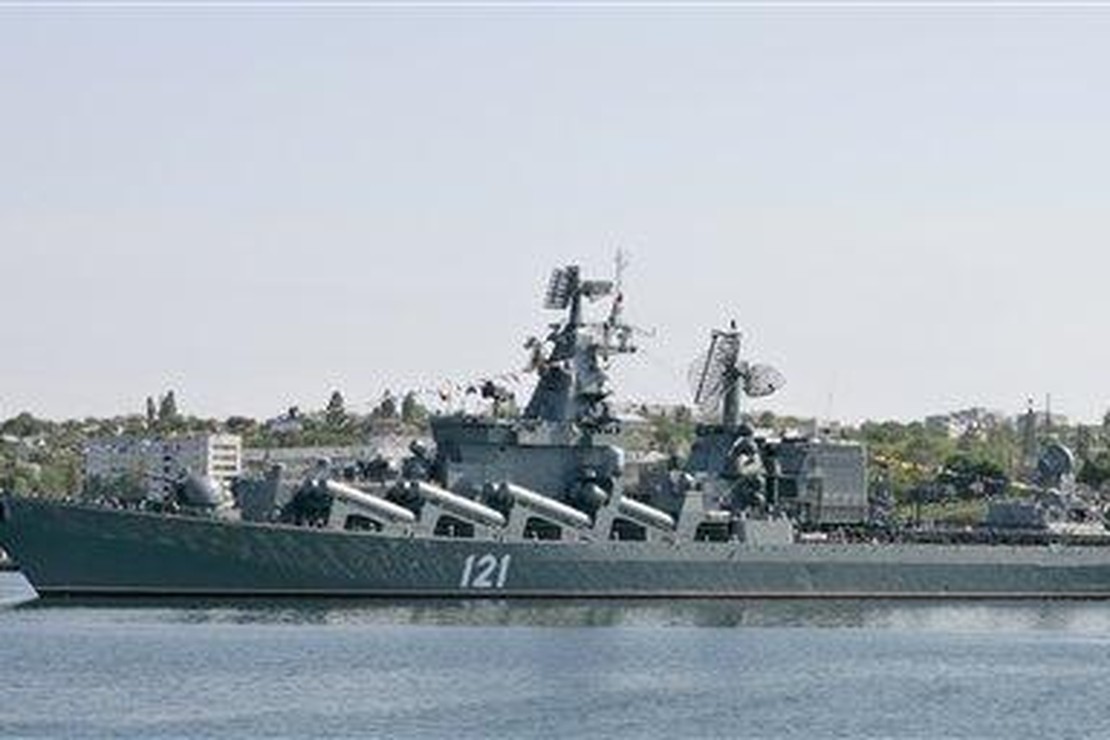 Thursday evening, there was an unconfirmed report that another Russian surface combatant, the guided-missile frigate Admiral Makarov, was struck by a Ukrainian Neptune anti-ship missile. This is the same type of missile that sank the flagship of the Russian Black Sea Fleet, the guided-missile cruiser Moskva, last month; read BREAKING. Russian Flagship Sinks While Being Towed to Port.

It’s seeming more and more likely that the Claims about the Russian Frigate Admiral Makarov being stuck by Ukrainian Anti-Ship Missiles off the Coast of Odessa is True, multiple Rescue Ships and Aircraft are reportedly in the Area with U.S Surveillance Drones keeping eyes on it. pic.twitter.com/JTuAKr1VEd

BATTLE DAMAGE ASSESSMENT: The UK’s ‘Independent’ now reports that the RU Guided Missile Frigate Admiral Makarov is ‘on fire after bing hit by a Ukrainian missile”. No official confirmation from either side. https://t.co/UMr7N530Bx pic.twitter.com/Iyedsn0hd2

This unconfirmed report (can we all please underline the word “unconfirmed”) appeared concurrently with multiple US media stories on the role of US intelligence in sinking the Moskva.

The United States provided Ukraine with intelligence that helped Kyiv attack and sink the flagship of Russia’s Black Sea fleet, the Moskva, in one of the most dramatic battlefield successes of the 71-day-old war, according to people familiar with the matter.

The missile strike by Ukrainian forces in April, an extraordinary embarrassment for the Kremlin that deprived Russia of a key vessel in its military campaign, may not have been possible without the U.S. assistance, these people said, underscoring how deeply Washington has become enmeshed in Ukraine’s fight against Russia. It is unclear how many Russian sailors died in the attack, but U.S. officials believe there were significant casualties.

Despite providing intelligence on the Moskva, the United States had “no prior awareness” of Ukraine’s decision to strike the warship, a U.S. official said. The official noted that the U.S. government shares maritime awareness with Ukraine to help the nation defend against threats. Russian vessels in the Black Sea have been launching missiles at Ukraine — and could be used to support an amphibious assault on the country, the official said.

The notion that you can provide intelligence on the movements of the Russian flagship and not think that at some point someone is going to do more than move pins on a map isn’t the least plausible.

Thursday, I posted on a New York Times story about US intelligence providing targeting information on Russian generals and how that has created Eastern Front levels of lethality for Russian flag officers (see Intelligence Community Claims Responsibility for Killing Russian Generals Because It Didn’t Happen Unless You Know They Did It). My overarching point was that even though Russia “knows” we are providing this sort of intelligence, to me, it seems dysfunctional to hoot-and-holler about how you are doing it. By way of analogy, I’ve known several couples where the husband was engaged in horndoggery, and his wife knew, but she could pretend she didn’t know and keep the marriage going. Where things broke down was when the adultery became known to others, and she could no longer avert her eyes. Then the nasty, vicious divorce lawyers got involved.

The New York Times version of the report on US intelligence contributing to the sinking of the Moskva, U.S. Intelligence Helped Ukraine Strike Russian Flagship, Officials Say, provides some insight, or at least plausible spin, on what the intelligence community thinks it is accomplishing. Oddly enough, the byline is the same three reporters who wrote about the US role in offing Putin’s generals.

Although the administration remains wary of provoking Mr. Putin to the point that he further escalates his attacks — President Biden has said he will not send American troops to Ukraine or establish a “no-fly zone” there — current and former officials said the administration found some value in warning Russia that Ukraine had the weight of the United States and NATO behind it.

Officials said Moscow had its own calculations to weigh, including whether it could handle a bigger war, particularly one that would allow NATO to invoke its mutual defense charter or enter the war more directly.

Philips P. O’Brien, Professor of Strategic Studies at the University of St. Andrews, offers some insights.

Been wondering why the stories of US intelligence helping the Ukrainians target Russian generals and warships have been appearing, clearly based on information passed on from US intelligence sources. Here is the one about the US helping to sink the Moskva.

The best explanation is in this story as well. Basically the leaks are deliberate US attempts to let Putin know that the ‘weight’ of the US and NATO are behind Ukraine. Iot, a deliberate warning to Russia not to escalate.

It’s certainly an escalation of a type by the Biden Administration, which indicates, one assumes, that they believe the Russians really are not likely to escalate themselves to tactical nukes. They are certainly giving Putin an argument to escalate were he so inclined.

Fits a pattern. For all the Russian talk about using nukes, etc, they have been given a number of major opportunities to justify to their own people the need for such escalation, but far normally respond by trying to downplay or ignore these opportunities.

If the Russians don’t start making a major deal of one of the most well known papers in the US saying that the US government is deliberately assisting the killing of Russian generals or the sinking of Russian warships, it’s probably safe to conclude Putin doesn’t want escalation.

There is a certain “boiling the frog” logic to this.

Initial weapons transfers to Ukraine were defensive. Russia did nothing. More recent weapons transfers–those of tanks, infantry fighting vehicles, and modern artillery–are the basis for offensive action—no action from Moscow. Britain furnished anti-ship missiles. Still no action from Russia. If the intelligence leaks are viewed as a way of seeing what it takes before Russia does something while, at the same time, putting Russia on notice that it is facing the entire military and economic power of the West (I know, I know, the Sino–Russia alliance will supplant the dollar as the world’s reserve currency and dominate the world).

From the Washington Post’s article, this is the response of Putin’s spokesman Dmitry Peskov to the US-Ukraine intelligence-sharing operation.

“The [United States] provides battlefield intelligence to help the Ukrainians defend their country,” National Security Council spokesperson Adrienne Watson said in a statement Tuesday. “We do not provide intelligence with the intent to kill Russian generals.”

That is a legal distinction that may make little practical difference to Russian leaders. Kremlin spokesman Dmitry Peskov said Thursday that the Russian military is “well aware that the United States, Great Britain and NATO as a whole are constantly transmitting intelligence and other parameters to the Ukrainian armed forces.”

“This is well known, and of course, coupled with the flow of weapons that these countries and the alliance are sending to Ukraine — these are all actions that, let’s say, are not enabling a speedy completion of the operation,” said Peskov, who added that the West nevertheless wasn’t capable of preventing Russia from achieving its stated goals.

Asked if Russia would take specific measures in reaction to any intelligence-sharing that led to the deaths of Russian generals, Peskov said, “Of course, Russian forces are doing everything necessary in this situation,” according to state news agency RIA Novosti.

So far, the Russians have refrained from attacking NATO supply convoys inside Ukraine, and the Russians are making no effort to change their air defense posture over the Black Sea. In fact, all evidence says that even though Russia is talking smack about “consequences,” its actions show it is unwilling to escalate the conflict.

As I said, that’s the plausible spin. That’s what I hope is going on. I just hope it isn’t a strategy we’ve backed into because Intelligence Community bureaucrats were fighting for attention and dollars by leaking to the press.

The Mid Hudson Bridge is blocked, according to the Town of Lloyd Police Department, owing to an accident on...

Lara Worthington shows off her insane abs in activewear

Lara Worthington has sensational abs.  The model, 34, took to Instagram on Thursday to share a slew of black and...

It’s hard to believe that it was only last...
News