The moment PCSO Julia James tried to make her escape from her alleged murderer was captured in heart rate and walking speed data recorded by her Apple Watch on the day she died, a court has heard today.

Jurors were told that the 53-year-old Kent Police officer told her husband that she had seen a ‘really weird’ man in the woods months before she was ambushed and allegedly bludgeoned to death with a metal railway jack.

Callum Wheeler, 22, has admitted killing mother-of-two Mrs James in Akholt Wood about 400m from her home in Snowdown, Kent on April 27 last year – but denies murder.

A post-mortem examination revealed the mother-of-two had suffered significant head injuries. The ‘brutal and fatal’ attack sparked a widespread hunt for her killer, with hundreds of police officers spending weeks scouring land surrounding the rural hamlet of Snowdown.

Prosecutors told jurors that Mrs James’ movements and biometrics were being tracked by the device as she walked into the woodland where she was killed.

Alison Morgan QC told the court: ‘We saw now the pace she was going at and the moment her pace radically changed and that’s plotted by the data from her own watch.’

She added: ‘We also know about her heart rate. A relatively stable heart rate through the part when she was walking. That at 14:30 and 36 seconds her heart rate was 97 beats per minute.’

Ms Morgan QC said moments later it had ‘launched’ to 145 beats per minute, adding: ‘And that launch is something I will come back to as to where she was and details the escape she was doubtless trying to make at that moment. It was at that point that her heart rate surged.’ 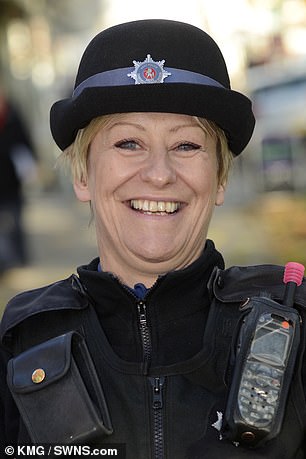 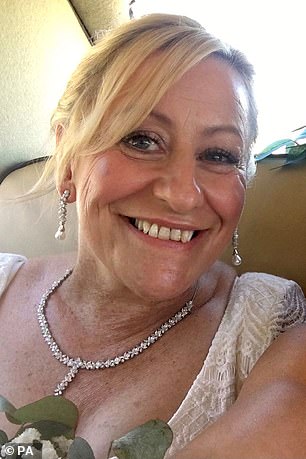 Left and right, PCSO Julia James. She was found dead in Akholt Wood about 400m from her home in Snowdown, Kent on April 27 last year 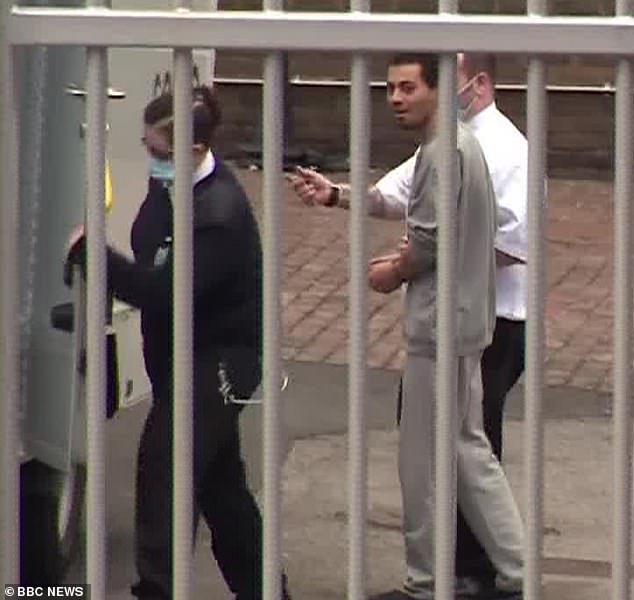 Callum Wheeler (pictured), 22, has admitted killing the 53-year-old Kent Police officer in Akholt Wood about 400m from her home in Snowdown, Kent on April 27 last year – but denies murder 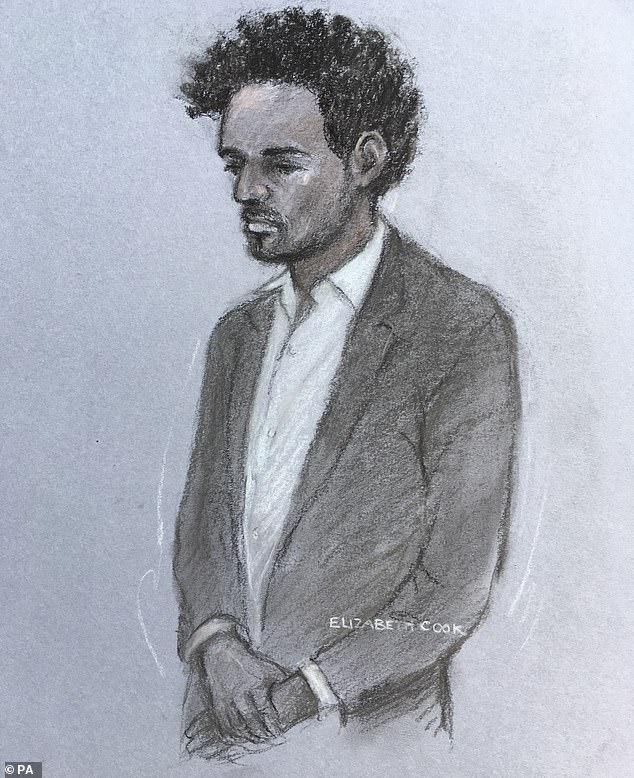 Canterbury Crown Court heard today that Wheeler (pictured centre in a court sketch), from Aylesham in Kent, accepts that he killed her but denies murder 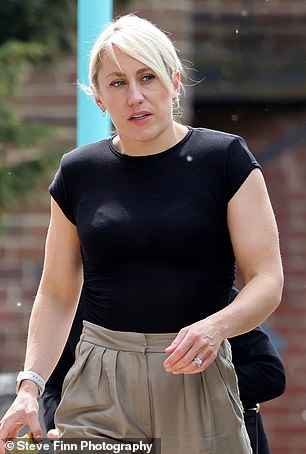 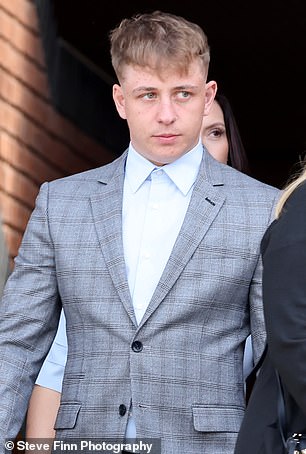 Callum Wheeler avoided police and kept a check on a cordon around the scene of Julia James’ killing in the days following her death, Canterbury Crown Court has heard.

‘He kept a check on the police cordon. He ran away from police officers and concerned members of the public such as Mr Tucker.

‘You will want to consider why he was behaving in that manner.’

Prosecutors allege the PCSO had seen Wheeler a number of times in Ackholt Wood in the months prior to her death.

Mrs James ‘was herself aware of the presence of a strange male’, who she described to her husband, Paul James, as a ‘really weird dude’, Alison Morgan QC told the court.

Jurors heard the mother-of-two later pointed out the male, alleged to have been Wheeler, to Mr James during a walk together in February 2021, around two months before her death.

The court was then played footage from police body-worn video of an encounter between officers and Wheeler when he dialled 999 on April 17 – 10 days before Mrs James died.

Jurors were then played footage from police body-worn video of an encounter between officers and Wheeler when he dialled 999 on April 17, 10 days before Mrs James died.

Ms Morgan told the jury: ‘He did not give a coherent reason for calling the police and he did not invite the police officers into his property.’

The footage showed Wheeler telling the officers ‘get lost mate’ and ‘I’m not talking to you’, before his father reassured them he was OK.

Ms Morgan said: ‘You may think that the footage of this visit shows the defendant to be behaving oddly’ and told the court that he had been reluctant to have ‘any meaningful conversation with the police’.

The prosecutor told the jury: ‘The evidence suggests that her attacker was waiting in the woods for someone to attack and then ambushed her. Julia tried to escape her attacker but she was subjected to a brutal and fatal attack. She suffered catastrophic injuries and died where she fell.’

She went on: ‘A heavy blunt object was used to murder Julia James and when we come on to consider her injuries you will understand why it must have been an object of that type that killed her.

‘In fact the prosecution alleges, and there may now be no dispute, that the weapon was a large railway jack.’

Ms Morgan added: ‘That item was found in his bedroom.’

Prosecutors allege Wheeler was seen wandering around the area 24 hours before Mrs James’ death with the rail jack. 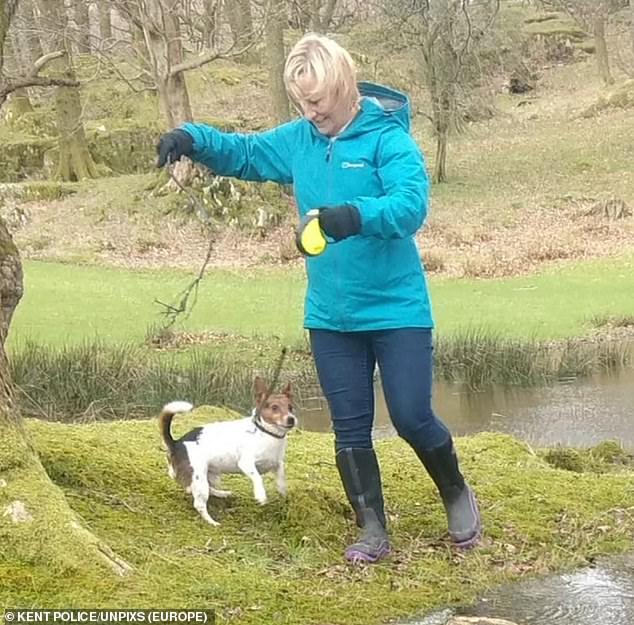 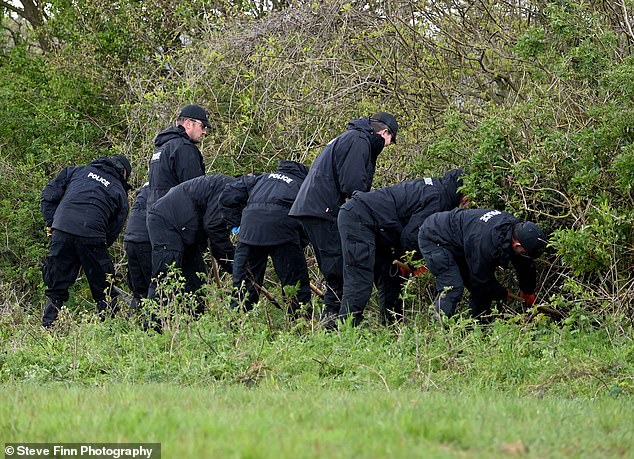 Police searching around the Spinney Lane area on May 6, 2021 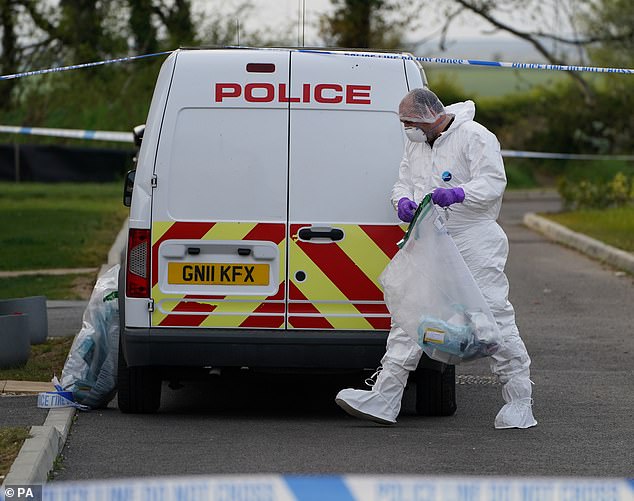 Forensic officers at an address in Aylesham, Kent, May 8, 2021

A man called Neil McMahon saw a man walking along the verge of Spinney Lane towards Aylesham carrying a long blue bag with a bright object protruding out of it on the afternoon of April 26.

Ms Morgan said, if it is correct that the object was the rail jack: ‘It means that the defendant was roaming around this area armed with that metal bar 24 hours before he came to attack Julia James.’

Ms Morgan said: ‘The defendant went out again carrying the weapon that he had used to kill Julia James. Why he did that is known only to him. 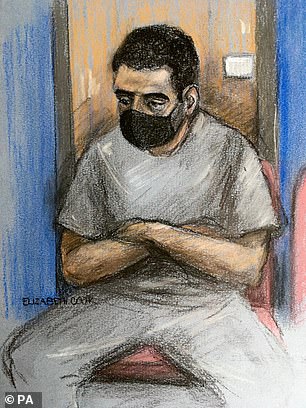 Court artist sketch by Elizabeth Cook of Callum Wheeler, May 13, 2021

Witnesses who saw Wheeler included a gamekeeper called Gavin Tucker, who had seen him in the area in September of the previous year.

‘When he spoke to him on April 28, 2021, Wheeler said he was new to the area and hurried off. Mr Tucker took a short video clip and still of Wheeler, that was later used in a police appeal, and called police. PC Scott James later attended and saw a man running in to the hedge line.’

Ms Morgan said: ‘The community in Aylesham you may think at that time was shocked at Julia James’ death, many were seeking to assist the police in whatever way they could with information. Yet here was the defendant playing games.’

She said it is the prosecution’s case ‘that there is a large body of evidence from a variety of sources that demonstrate that the attacker was this defendant Callum Wheeler’.

She told the court: ‘Although he denied responsibility for the killing for some time, he does now accept that he was the person that killed Julia James, however he does not accept that he is guilty of the offence of murder.’

Mrs James had been a police community support officer since 2008, and worked within the domestic violence unit at Canterbury police station.

Her death led to an outpouring of grief in the community she dutifully served for many years.

Share
Facebook
Twitter
Pinterest
WhatsApp
Previous articleWho was ADREIAN PAYNE and what was his cause of death? Tributes Pour In As “American professional basketball player” Shot Dead at 31
Next articleBinky Felstead shares some final beach snaps from her Ibiza hen do ahead of wedding to Max Darnton

Transgender Neighbours star Georgie Stone has shared her life story in a new short film. Describing it as a ‘coming-of-age’...
- Advertisement -

There were lots of reactions to the Independence Day...
Bio

Grim footage of big cats believed to be showing...
Entertainment

The vice chair of the UK Conservative party resigned...
Bio