As its title suggests, the relationship between Rick and Morty makes up the beating heart of the show. Morty Smith – an awkward, wide-eyed, 14-year-old boy – finds himself embroiled in a slew of outlandish adventures when his grandfather moves in. The larger-than-life Rick Sanchez becomes the household’s resident mad scientist. He wields every kind of wacky invention imaginable, from an intergalactic spaceship to his prized portal gun that he uses to transport Morty and himself to other dimensions.

Despite their unique bond, they’ve faced many ups and downs. For example, Rick abandoned Morty and replaced his grandson with a pair of crows on one occasion, and Morty has frequently ditched Rick to pursue his love interest, Jessica. However, the tempestuous relationship between the protagonists has proved a magnetic draw for many fans.

9 Their Relationship Is Loosely Based On An Iconic Duo 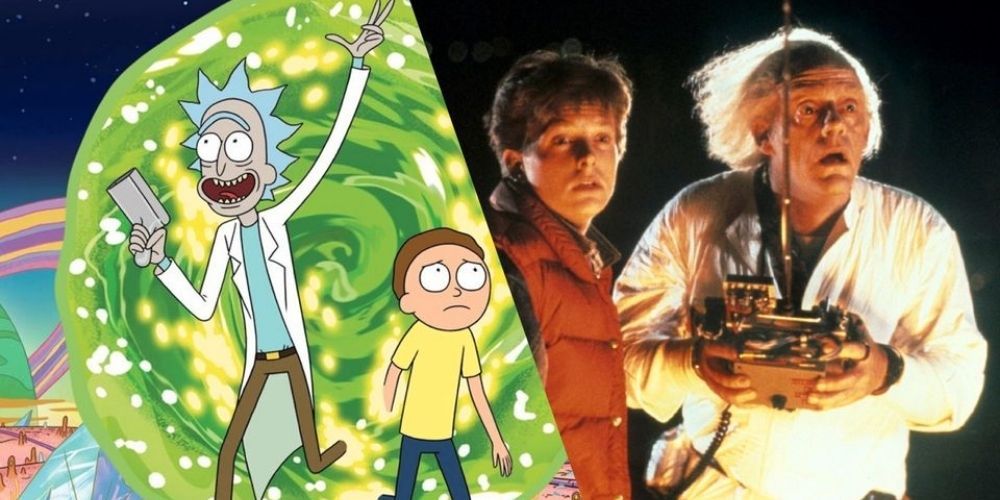 As anyone familiar with the cartoon will know, Rick and Morty closely mirror the central duo from Back to The Future: Doc and Marty. Superfans might have even seen the creators’ early (and crude) animated shorts The Real Animated Adventures of Doc and Marty, which is where the show really began.

Although Rick and Morty have a much less wholesome relationship than Doc and Marty, Justin Roiland and Dan Harmon’s characters still owe a huge debt to the characters portrayed by Michael J. Fox and Christopher Lloyd. By having a pre-established character template to draw from, the creators of Rick and Morty could rely on the fact their characters had a dynamic that would spark feelings of nostalgia and familiarity in their audience. Rick and Morty are very different from Doc and Marty, but they share many of the same traits that make both sets of characters so entertaining to watch.

Rick and Morty are notorious for being brutally honest with each other. Episodes like Rest and Ricklaxation give the perfect insight into the inner workings of their relationship. In this particular episode, the pair visit an alien spa to detoxify from some of their more emotionally draining adventures and end up getting more than they bargained for. Their toxic trails become personified into slimy doppelgängers, which are physically removed from their being. Although they’re stripped of their flaws, they end up returning to their former selves, flaws and all.

Related: Rick and Morty: 10 Biggest Betrayals Of The Series, Ranked

Rick’s insistence that these less noble avatars are “a part of us” as he tries to convince Morty that they should revert to their former selves is an uncharacteristically explicit act of self-acceptance, and also an acceptance of a less than perfect Morty.

7 They Know Each Other Inside And Out

Over the course of the seasons, Rick and Morty have grown to know each other so well they can foresee each other’s actions. In the Vindicators episode, Morty manages to solve a drunken Rick’s saw-style puzzles and navigate them to safety. Likewise, Rick becomes attuned to Morty’s idiosyncrasies and learns to adapt his plans in accordance with his grandson’s most likely course of action.

By season four, they’re mostly operating on the same wavelength. So much so that they embark on a Snowpiercer-style meta-train ride, diving in and out of each other’s consciousness and personal narratives.

6 They Are Bound By Family Ties

Although they’ve endured monumental challenges and frequently seen the very worst of each other, Rick and Morty will always be family. Although they are very different people, Rick and Morty always find it in themselves to put their differences aside when it comes to their blood bond.

Aware that he’s been absent for large parts of his grandchildren’s lives, Rick is – in his own twisted way – making up for lost time by spiriting Morty (and sometimes Summer) away to just about the most dangerous corners of the known universe. As selfish and egotistical as Rick is, his family is still the most important thing to him.

5 Their Relationship Becomes More Complicated As The Seasons Progress

Unlike certain one-note sitcoms where the characters essentially remain the same throughout the entire show, Rick and Morty are always growing and developing together. In the first season of the show, Morty is an impressionable boy swept along by the call to adventure.

By the fifth season of the show, Morty has begun to see through Rick’s antics and challenge his authority more often. He’s also learned how to independently master many of his grandfather’s inventions and weapons, and much of Rick’s jaded cynicism has rubbed off on him. Rick himself learns to expose more of his vulnerable side to his family, gradually revealing more and more details of his tumultuous past along the way. The Rick and Morty of later seasons are a million miles from the Rick and Morty of season one.

One of the most enjoyable things about Rick and Morty is the running gags, inside jokes, meta-humor, and callbacks to previous episodes. The show itself is well known for its pop culture references, and Rick and Morty have a weirdly competitive relationship when it comes to discounting each other’s taste.

Related: Rick and Morty: 5 Of The Funniest Jokes (& 5 That Took It Too Far)

Rick laughs at Morty’s interest in dragons, heist movies, and superheroes, whereas Morty is dismissive of Rick’s love of over the top sci-fi stunts like the theme park embedded on the body of a homeless man, transforming himself into a pickle, and of course his classic ‘vat of acid’ stunt. However, they manage to put these differences aside when given the chance to bond over jokes about bodily functions, transformer robots, or some good old-fashioned interdimensional cable.

3 Their Relationship Endures Across Multiple Realities

A key element of the show is the fact there are infinite realities coexisting in the universe and therefore multiple versions of the current reality. Although these different versions of reality vary wildly in the show, such as one where humans have evolved from shrimps instead of primates to a Cronenberg reality populated by mutated monster people, every reality has a Smith family and an inseparable version of Rick and Morty.

Although it’s revealed Rick needs to travel with Morty so his “genius brain waves” are undetectable to the galactic government because they’re canceled out by Morty’s “idiot waves,” there are many indications that Rick’s explanation is an emotional defense mechanism to hide from his grandson just how much he loves him and how necessary he is to his adventures.

2 They Always Make Up After A Fight

There have been many pivotal points in the series where there seemed to be a very real danger Rick and Morty would part ways forever.

Related: The 10 Best Back To The Future Quotes, Ranked

Schisms such as Rick’s decision to leave the family and hand himself into the galactic federation, Morty’s discovery that Rick has been erasing many of his memories, and Morty’s refusal to resurrect Rick to pursue an alternate future shown to him in some death crystals could have all resulted in a permanent break between the pair. However, come what may, they always have each other’s back in the end.

1 Their Relationship Makes Them Less Lonely

Although the swaggering old scientist and the awkward teenager are polar opposites in many ways, they both suffer the crushing effects of loneliness. Episodes like The Old Man and the Seat really highlight how isolated Rick feels in spite of his outward bravado. After a potential new friend called Tony dies unexpectedly, the episode ends with Rick staring into the void on his own.

Likewise, Morty also tries to find solace in a romantic entanglement with an eco-minded superhero called Planetina in A Rickconvenient Mort. When their romantic relationship inevitably fails, Morty, like Rick, is back to where he started: miserable and defeated. The bond they share is one of the few things that alleviate their sense of isolation. Morty provides Rick with a companion for his adventures and Rick provides Morty with a twisted father figure who expands his worldview. It may not be a perfect relationship, but one thing is for sure: Rick and Morty have an unbreakable bond.


J Mattey is a writer, creative, and comic book fan. They have a BA and an MA in English Literature and experience writing for a range of different publications. They enjoy cooking, traveling, and spending time with family.

You wouldn’t know it from the corporate media’s slanted coverage of the recent Dobbs v. Jackson ruling or their coverage of...

Shell said it expected to revise upwards the value of its oil and gas assets after the group raised...
- Advertisement -

Jerone Davison, who is running for Congress in Arizona’s...
- Advertisement -