A year after the U.S. withdrawal from Afghanistan, the CIA is quietly pivoting its focus towards China, alarmed by its aggression towards Taiwan and spying activities around the world.

Although officials say they will continue to prioritize fighting terrorists – and cite the drone strike that killed Al Qaeda chief Ayman al-Zawahiri – money and resources are being shifted to counter China.

That was the message delivered recently by CIA deputy director David Cohen at a closed door meeting of the agency’s counterterrorism center.

It follows a structural overhaul last year that included a new China Mission Center, designed to bring together analysts, technology experts and agents who recruit spies into a single unit.

Intelligence officials stress that the counterterrorism fight is hardly being ignored. Just a week ago it revealed a CIA strike in Kabul took out the head of Al Qaeda.

But days later, China staged large-scale military exercises and threatened to cut off contacts with the U.S. over House Speaker Nancy Pelosi’s visit to Taiwan.

The U.S. has long been alarmed by China’s growing political and economic ambitions. China has tried to influence foreign elections, mounted campaigns of cyber and corporate espionage, and detained millions of minority Uyghurs in camps.

Some experts also think Beijing will in coming years try to seize the self-ruled democratic island of Taiwan by force. 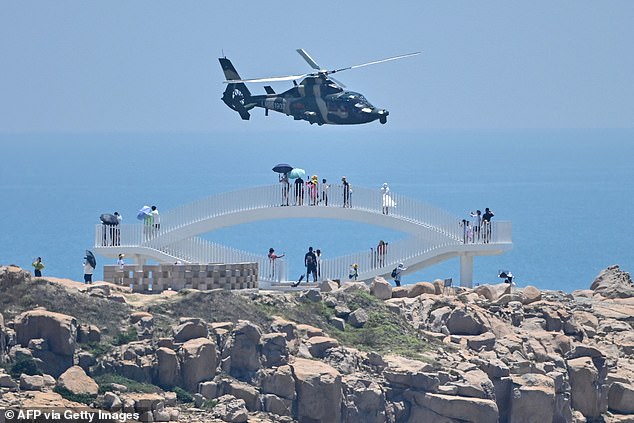 Tourists look on as a Chinese military helicopter flies past Pingtan island, one of mainland China’s closest point from Taiwan, in Fujian province ahead of massive military drills off Taiwan following US House Speaker Nancy Pelosi’s visit to the self-governing island 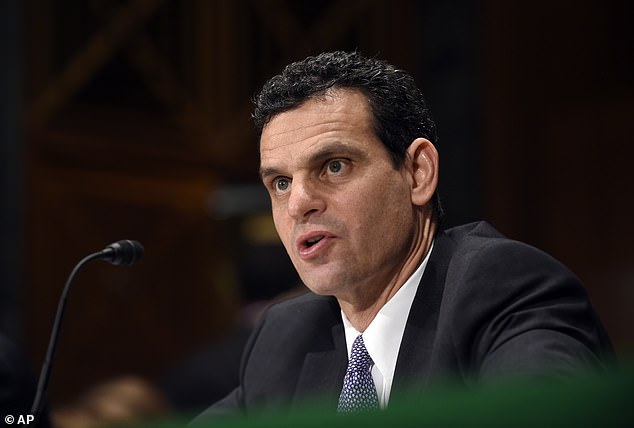 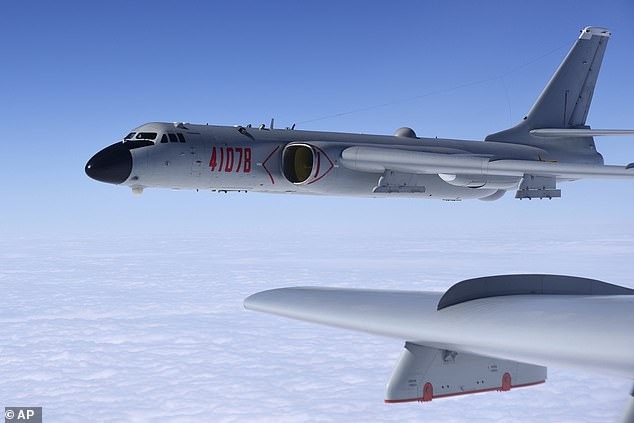 China has intensified its rhetoric about taking control of Taiwan, and increased flights around the island by warplanes. A Chinese military H-6K bomber is seen conducting training exercises

In a sign of the depth of concerns, it recently emerged that the Federal Bureau of Investigation quietly killed off a $100 million plan to build a National China Garden in Washington D.C.’s National Arboretum for fear it could be used for spying.

Intelligence officials have said they need more insights on China, including after being unable to definitively pinpoint the cause of the COVID-19 pandemic. Beijing has been accused of withholding information about the origins of the virus.

And the war in Ukraine has underscored Russia’s importance as a target. The U.S. used declassified information to expose Russian President Vladimir Putin’s war plans before the invasion and rally diplomatic support for Kyiv.

Supporters of the Biden administration approach note that the fact the U.S. was able to track and kill al-Zawahri is evidence of its capabilities to target threats in Afghanistan from abroad. Critics say the fact that al-Zawahri was living in Kabul, under the apparent protection of the Taliban, suggests there’s a resurgence of extremist groups that America is ill-equipped to counter.

The shift in priorities is supported by many former intelligence officers and lawmakers from both parties who say it’s overdue. That includes people who served in Afghanistan and other missions against al-Qaida and other terrorist groups.

Rep. Jason Crow, a former Army Ranger who served in Afghanistan and Iraq, said he believed the U.S. had been overly focused on counterterrorism over the last several years.

‘A far greater existential threat is Russia and China,’ said Crow, a Colorado Democrat who serves on the House Intelligence and Armed Services committees. Terrorist groups, he said, ‘will not destroy the American way of life … the way China can.’

‘Even as crises such as Russia’s invasion of Ukraine and strategic challenges such as that posed by the People’s Republic of China demand our attention, CIA will continue to aggressively track terrorist threats globally and work with partners to counter them,’ Thorp said. 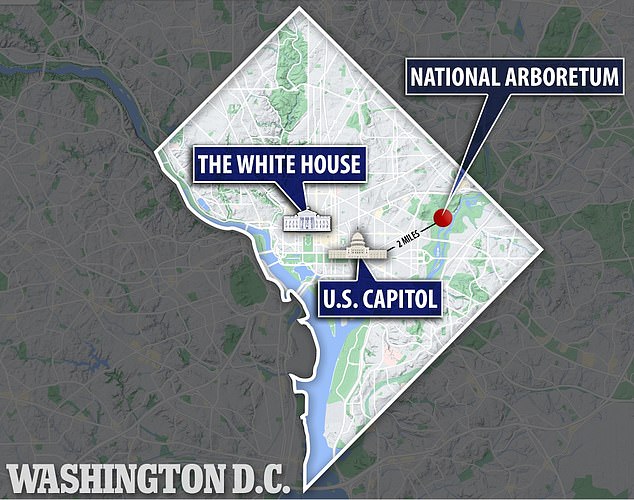 It recently emerged that the FBI killed off Chinese-funded plans to build a National China Garden in Washington D.C. for fear it could be used for espionage 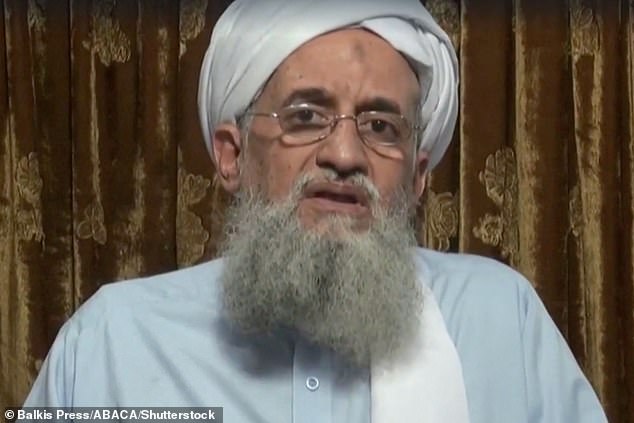 Congress has pushed the CIA and other intelligence agencies to make China a top priority, according to several people familiar with the matter who spoke on condition of anonymity to discuss sensitive intelligence matters. Pushing resources toward China has required cuts elsewhere, including in counterterrorism. Specific figures were unavailable because intelligence budgets are classified.

In particular, lawmakers want more information about China’s development in advanced technologies. Under President Xi Jinping, China has committed trillions of dollars in investment on quantum science, artificial intelligence and other technologies that are likely to disrupt how future wars are fought and economies are structured.

As part of the shift, congressional committees are trying to better track how intelligence agencies spend their funding on China, seeking more detail about how specific programs contribute to that mission, one person familiar with the matter said.

‘We are late, but it’s good that we’re finally changing our focus into that region,’ said Rep. Chris Stewart, a Utah Republican who serves on the House Intelligence Committee. ‘That means in people, in resources, in military assets, and in diplomacy.’

The CIA last year announced it would create two new ‘mission centers’ — one on China, one on emerging technologies — to centralize and improve intelligence collection on those issues. The CIA is also trying to recruit more Chinese speakers and reduce wait times on security clearances to hire new people faster.

Inside the agency, many officers are learning Chinese and moving into new roles focused on China, though not all of those jobs require language training, people familiar with the matter said.

Officials note that intelligence officers are trained to adapt to new challenges and that many were moved more quickly into counterterrorism roles after the attacks of Sept. 11, 2001. Advances from counterterrorism work — including better use of data and different sources of intelligence to build networks and identify targets — are also useful in countering Russia and China, former officers said.

‘It’s the analytics and targeting machine that has become extraordinary,’ said Douglas Wise, a former CIA senior officer who was deputy chief of operations at the counterterrorism center.

The CIA’s Counterterrorism Center, renamed the Counterterrorism Mission Center in a 2015 reorganization, remains a point of pride for many people who credit its work for keeping Americans safe from terrorism after Sept. 11. CIA officers landed in Afghanistan on Sept. 26, 2001, and were part of operations to displace the Taliban and find and kill leaders of al-Qaida including Osama bin Laden.

And 13 years after a double agent tricked officers pursuing al-Zawahri and blew himself up, killing seven agency employees, the CIA killed him in a strike with no reported civilian casualties.

The CIA was also involved in some of the darkest moments of the fight against terrorism. It operated secret ‘black site’ jails to hold terrorism suspects, some wrongly, and was found by a Senate investigation to have used interrogation methods that amounted to torture. Elite Afghan special operations units trained by the CIA were also accused of killing civilians and violating international law.

There’s long been a debate over whether counterterrorism pulled intelligence agencies too far away from traditional spying and whether some of the CIA’s work in targeting terrorists should instead be done by special forces under the military.

Marc Polymeropoulos is a retired CIA operations officer and former base chief in Afghanistan. He said he supports a greater focus on China and Russia but added, ‘There’s no reason to diminish what we had to do.’

‘This notion that somehow all the CT work we did, somehow that was wrong, that we took our eye of the ball — just remember on Sept. 12 what everyone was feeling,’ he said.

Re-orienting the agencies toward more of a focus on China and Russia will ultimately take years and require both patience and recognition that the agency’s culture will take time to change, Wise said.

‘For decades, we have been doing counterterrorism,’ Wise said. ‘We’ve got to have a rational plan to make this adaptation, which doesn’t take so long that our enemies can exploit a glacial process.’

.As a result of the Twitter account “highsstn” sharing a video of Eliza, she is currently trending on Tiktok...
- Advertisement -

PwC is seeking to poach staff from its Big Four rival EY and capitalise on “disruption” and “uncertainty” caused...