The Conversation: Russia-Ukraine war: How Putin could use May 9 celebrations to rally support for a longer fight 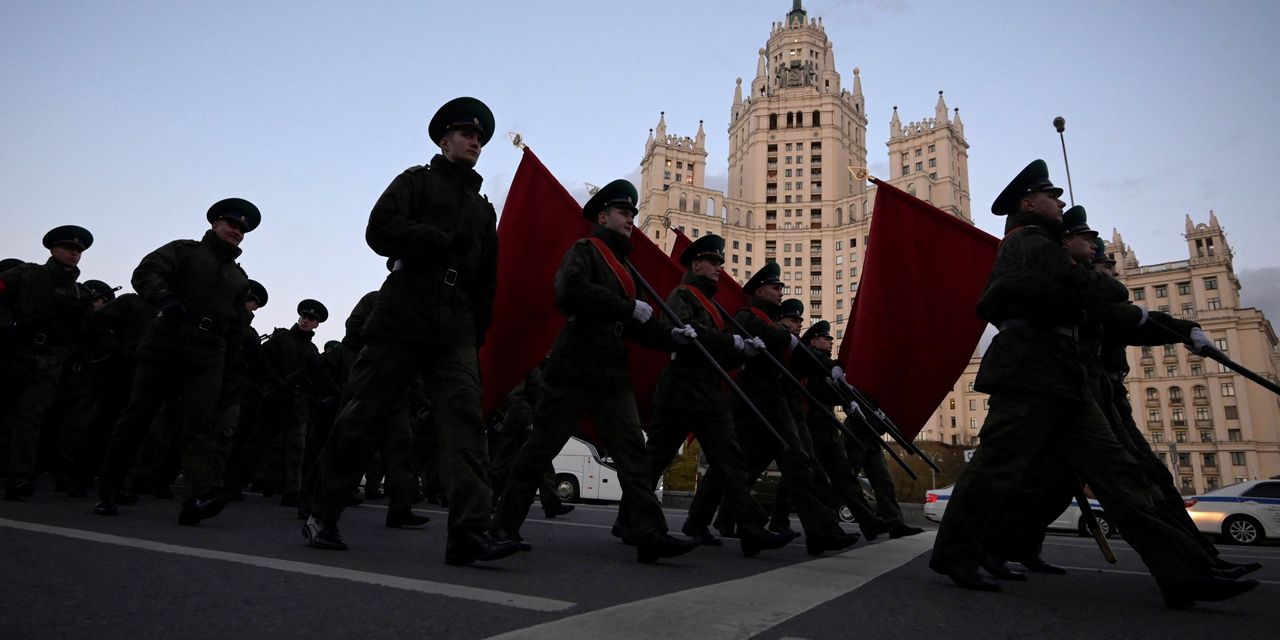 The Russian government has consistently called its war on Ukraine a “special military operation.”

But on May 9, Russia may officially declare war on Ukraine, Western officials have warned—more than two months after Russia first invaded.

Ukrainians have also expressed fear that Russia could use May 9, a day celebrated in commemoration of Soviet triumph over the Nazis during World War II, to escalate attacks on Ukraine.

Russia’s actually declaring war would represent a major shift in how Russian President Vladimir Putin and his colleagues publicly address the conflict. We asked international relations scholar Michael Allen five questions about what an actual war declaration would mean, and why it matters.

May 9, known as Victory Day in Russia, commemorates the formal surrender of Nazi Germany in 1945.

While Victory Day celebrations date back to the 1960s in Russia, Putin has made the event an elaborate show of military troops and vehicles on parade, as well as military aircraft flybys that are broadcast live to millions of Russians.

2. Why would Putin declare war on Victory Day?

One key reason Putin might declare war on Victory Day is that Putin has falsely sold this war to the Russian military and people as a war against Nazis. Putin has incorrectly argued that Nazis run Ukraine, and Russia is intervening to “denazify” the country by removing them from power.

This annual celebration is now another a way to convince Russian people that the high costs of war – both financial and the number of lives lost – are justified.

However, the Russian military has underperformed and has not met this expectation of quickly capturing the Ukrainian capital of Kyiv. Instead, Ukrainian intelligence expects that Russia may showcase the besieged eastern Ukrainian city of Mariupol as part of the Victory Day celebrations.

Instead of being confronted with Russian military setbacks, Putin can use Victory Day as a call to arms and potentially to rally Russian people to support a larger, and more prolonged, war.

3. Is Russia’s invasion not already a war?

Conflict scholars have different definitions of war, but most definitions would classify the current Ukrainian conflict as a war.

One of the more commonly used definitions of war is from the Correlates of War project, an initiative led by U.S. scholars that tries to identify and measure different kinds of conflict.

This project defines a war between countries as a conflict that “must involve sustained combat, involving organized armed forces, resulting in a minimum of 1,000 battle-related combatant fatalities within a twelve month period.” It must also have effective resistance on both sides.

This definition does not include sporadic fighting, low-intensity conflict and one-sided massacres by a government, for example – but the Russian-Ukrainian conflict matches this technical description.

Still, Russia has yet to call the conflict a war.

A declaration of war creates a legally defined war.

Few countries have ever legally declared war. The U.S., for example, has fought 13 wars since 1816, but Congress declared war in only four of those conflicts.

Countries avoid declaring war for a variety of reasons. Domestically, populations are less likely to support a conflict if it is likely to be expensive and result in many lost lives of soldiers and civilians.

However, if a population sees a conflict as limited and quick, then people are more likely to support it.

Research has found that public support does depend on how costly the war appears to be—though this is less true for people who are nationalistic and likely to support a war under any conditions.

A Russian acknowledgment that it is in a formal state of war could invite additional international scrutiny. Some international treaties and international organizations have tried to define when a war is legal or illegal.

Under international law, engaging in a war of aggression against a sovereign country is one of the more significant crimes a country can commit. Both the United Nations Charter and the International Criminal Court seek to outlaw and punish wars of aggression – meaning, conflicts waged without the justification of self-defense.

A formal war would also make it harder for Russia supporters like China to deny that Russia has invaded Ukraine and is at war. Other countries may find it harder to remain neutral.

5. What would change if Russia declares war?

The Ukraine conflict’s becoming an official war, instead of a special military operation, would mean that Putin can justify expanding conscription and institute a draft of Russians into the military.

Russia is facing severe personnel losses in soldier fatalities, with an estimated 7,000 to 15,000 Russian soldiers or more killed as of early April.

The Ukraine war is less than three months old and Russia has lost more soldiers now than during the 10-year Afghanistan war that it started in 1979.

Russia’s human and material losses are so great that Putin has been forced to scale down the Victory Day celebration this year with fewer military vehicles.

Russia also faces difficulties in both securing additional financial resources, as well as soldiers. It has even turned to foreign fighters to continue the conflict in Ukraine.

Drafting Russian men could help fill this key gap in military personnel during the Ukraine war.

Michael A. Allen is an associate professor of political science at Boise State University. This was first published by The Conversation — “Russia may declare war on Ukraine on May 9 – and use it as a reason to double down on attacks“.

There were lots of reactions to the Independence Day...
Bio

Grim footage of big cats believed to be showing...
Entertainment

The vice chair of the UK Conservative party resigned...
Bio