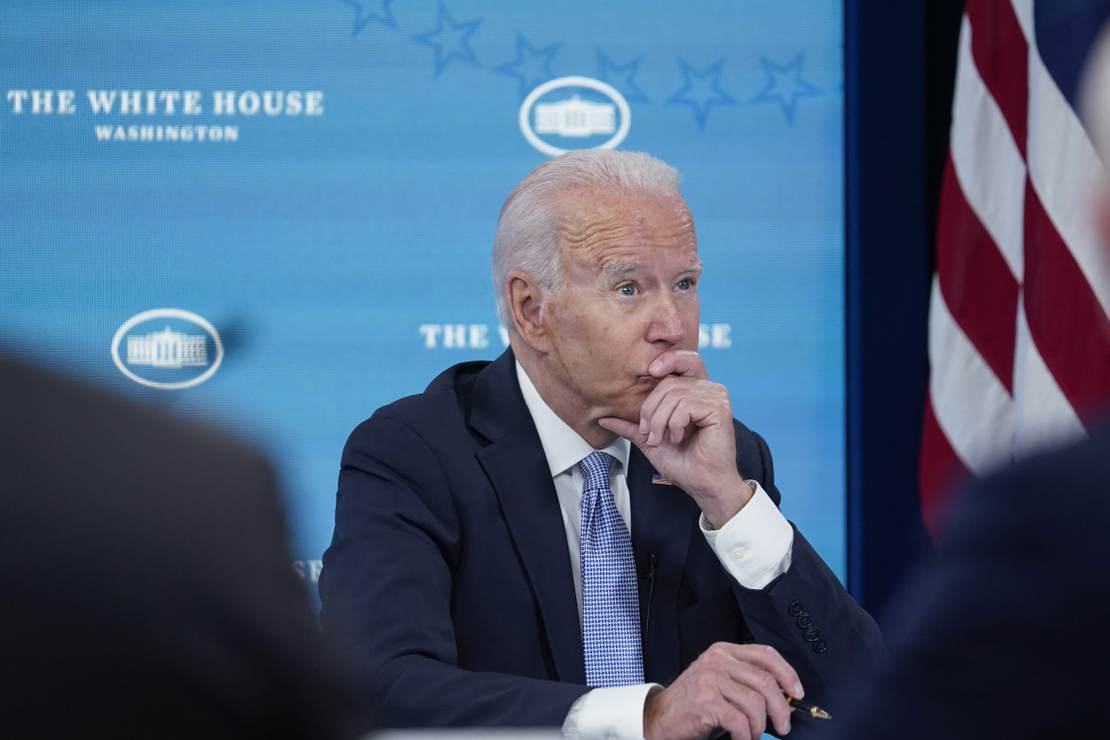 While the Briefing doesn’t get these Monday holidays off, we do make things a little more pithy.

We will tidy up a couple of hot takes of mine and then we can all be off to our federal holiday indulgences. I’m still unsure about the wearing white rule. Is that still OK today and verboten tomorrow or is this toga I’m wearing already a faux pas?

It is more than obvious that our alleged president and his puppet masters would love nothing more than to have the American public get hit with some sort of collective amnesia that would make us forget the last several weeks. Heck, I wouldn’t mind not remembering Biden’s body count and unraveling of our international reputation. Sadly, the consequences of our anti-American president’s misdeeds aren’t that easy to send down the memory hole, despite the best efforts of his handlers and the media to usher them there.

Biden’s Chief of Staff Ron Klain hit CNN on Sunday to engage in some creative storytelling, which A.J. Kaufman wrote about. While being peppered with actual journalism type questions from Dana Bash, Klain made sure he got to the talking point all of team Biden has been repeating and not one functioning American adult cares about:

He then returned to his talking points, boasting that “we launched a historic airlift that brought 124,000 people out of Afghanistan, American citizens, legal permanent residents of this country, residents of other countries, and a lot of Afghan nationals. And we are going to get those people to safety. We’re ultimately going to resettle them.”

Nobody is buying the administration’s “historic success” story and it’s beyond pathetic that they’re still trying to sell that stinker to a public that’s worried about the Americans who are still stuck in Afghanistan.

While the president’s puppeteers are telling us everything is fine, we’re going to be getting reminders from both near and afar that there is nothing good about the mess they’ve made.

This is from a post Rick wrote over the weekend:

According to a story in Politico, Veterans Administration mental health hotlines lit up with thousands of veterans who were emotionally affected by Joe Biden’s disaster.

Veterans Affairs chief of staff Tanya Bradsher sent out an email that day to her senior staff. “My veteran network is reeling and I am sure yours are as well,” Bradsher wrote. “Can we highlight in our comms channels that VA has resources available? I am thinking of the vet centers in particular but open to all resources. This is devastating to so many.”

Similar reports were pouring in from veterans centers and groups across the country. Perhaps it was the way that it ended that affected so many so deeply.

These distraught veterans apparently haven’t heard the roaring success story version that the Commander in Chief is sharing with everyone.

Bryan had another story about what we’re looking at in Afghanistan’s future:

Gen. Mark Milley, chairman of the Joint Chiefs of Staff, gave an exclusive interview to Fox News’s Jennifer Griffin. He told Griffin that he expects a “resurgence” in terrorism following the United States’ ignominious retreat from Afghanistan.

Milley went onto say that that resurgence involves a bid comeback by al Qaeda. So much for Biden’s big brag about our Afghanistan mission being a success because we got rid of them.

There is no telling how long Biden and his people will continue to camp out in their alt reality. They do seem immune to any intrusions by the real world thus far. It’s going to keep crashing down on them even though they keep trying to fend it off with the ad nauseam repetition of a useless talking point.

And they’ll probably screw things up even worse once it does.

He has a new friend to help tire him out pic.twitter.com/c5Vvd96rJB

When the Cowardly Command the Courageous

Some Afghan Evacuees Brought Their Child Brides to the U.S. With Them

CA Church Defied Gavin Newsom and Remained Open. Here’s How That Turned Out.

Hostage Nightmare? Rep. McCaul Says Taliban Is Blocking Americans From Getting Out of Afghanistan

After Giving Terrorists a Country and an Arsenal, Gen. Milley Expects More Terrorism

What Was on the ‘Cheat Sheet’ Joe Biden Used at the Louisiana Press Conference?

Biden’s Afghanistan: American Hostages in Mazar-i-Sharif and a ‘Genocide in the Making’ in the North

‘This Is Devastating to So Many’: VA Sounds Alarm About Mental Health Crisis For Afghanistan Vets

Schlichter: The New Rules Bite Libs Right in the Uterus

Poll: Majority Believe Getting Vaccinated Against COVID is ‘Personal Choice’

Report: Taliban Executed Pregnant Cop in Front of Her Family

Snopes Editor Doesn’t Like the Facts, Comes to the Rescue of USA Today Fact-Checker Covering for Biden

CDC Releases the Death Rate of Children Hospitalized for COVID-19

The UN Announces Its Next Ritual Screwing of American Taxpayers

What Ida taught us about power grids and nuclear energy

What happens when you get canceled (and why)

It could be a problem that a U.S. three-star general can’t tell the difference between American and British troops (not to mention the spelling error)

‘Okay BOOMER’: Jonah Goldberg claiming he is #TeamVindman does NOT go over well, like at all

The Left Is Obsessed With Fear, and It Works for Them

VodkaPundit, Part Quatre: Reagan vs. Biden: How to Handle/Not Handle a Crisis

The Fringe with Megan Fox, Episode 68: Live Free or Die

The Crisis Phase of the COVID-19 Pandemic Is Over, and We Need to Start Acting Like It

Why Biden Has No Business Going to 9/11 Ceremonies

Too Little, Too Late: Millions of Biden Voters Regret Their Vote

Israeli conjoined twins see each other for first time after surgery

Why Is There a Light in Your Refrigerator, But Not in the Freezer?

How to Not Do a British Accent Whenever You Meet a British Person: https://t.co/vve1a63MQt pic.twitter.com/2QnQSFtyIv

She recently revealed she has decided to get reconstructive...
News

Xi Jinping and Vladimir Putin will attend the G20...
Sport

Five-year old girl Grace Hughes – who has been...
- Advertisement -