The Queen, 96, travels to Scotland to take part in ceremony of the keys at Holyrood

Beaming Queen, 96, stands with walking stick for first public appearance since her Jubilee weekend as she takes part in ancient ‘Ceremony of the Keys’ ritual at Holyroodhouse with Prince Edward and Sophie

The Queen has travelled to Scotland with members of her family for their traditional week of events north of the border and hopes to carry out a string of engagements including meeting with Nicola Sturgeon.

The 96-year-old, who has cut back on public engagements due to mobility issues, is in Edinburgh and was all smiles as she took part in the historic Ceremony of the Keys – the traditional opener to Holyrood week for the Royals.

She has been joined by her youngest son, Edward, and his wife, Sophie, known as the Earl and Countess of Forfar while they are in Scotland, for the event, which is taking place at the Palace of Holyroodhouse.

The ceremony sees the monarch handed the keys of the city and welcomed to her ‘ancient and hereditary kingdom of Scotland’. Her Majesty ‘hopes’ to carry a out several engagements – and will meet Scottish First Minister Nicola Sturgeon during her stay.

The trip comes after the recent Platinum Jubilee celebrations for the Queen, in which she pledged to continue to do her job ‘to the best of my ability supported by my family’. 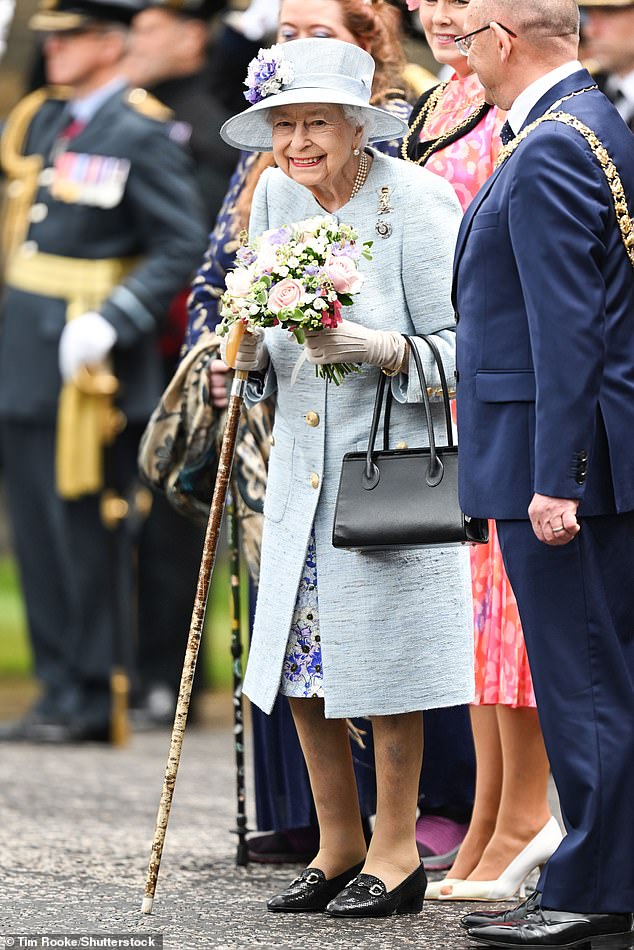 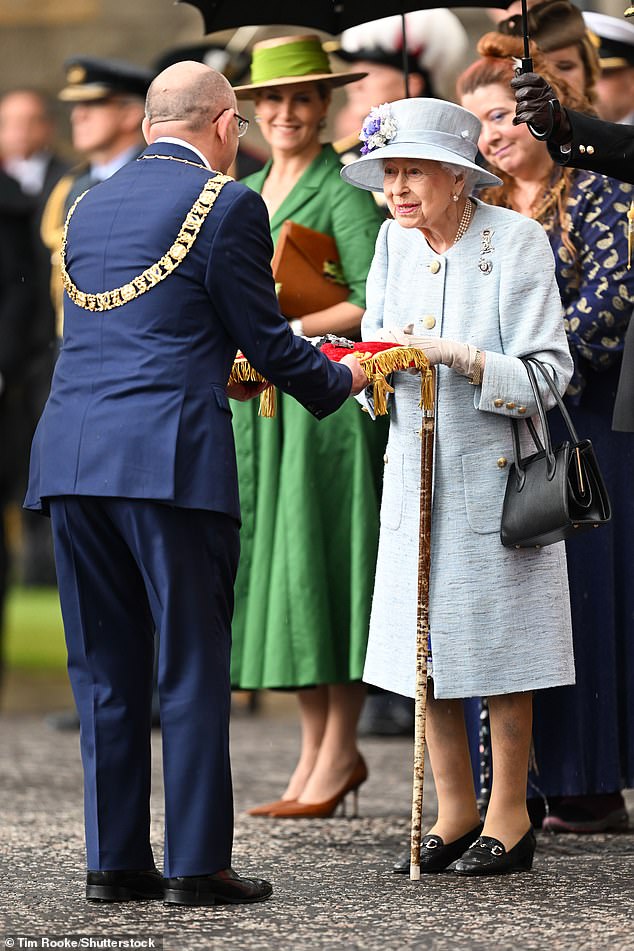 Charles, known as the Earl of Rothesay in Scotland and the Princess Royal will all take part in a series of public engagements in Scotland over the coming days.

However, Andrew, known as the Earl of Inverness in Scotland, no longer carries out public duties and will not be involved.

It emerged over the weekend that The Queen has defied doctors by getting back in the saddle on her beloved horses – just days after she was seen without the walking stick she has relied on recently.

Nine months after she was advised to stop riding, the 96-year-old monarch has reportedly been on horseback in Windsor.

Unspecified ‘mobility problems’ kept her from attending some Platinum Jubilee events this month, and she was often seen using a stick during engagements. 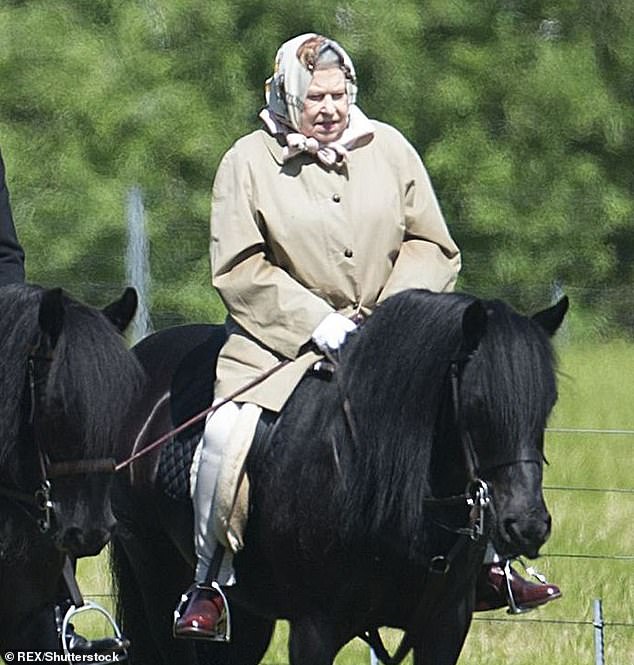 Nine months after she was advised to stop riding, the 96-year-old monarch has reportedly been on horseback in Windsor (file photo from 2016)

She was even using a golf buggy to ‘walk’ her corgis. But after meeting Archbishop of Canterbury Justin Welby at Windsor Castle on Tuesday without the aid of a stick, she appears to have made further progress.

A source told The Sun she had missed her riding for nine months, adding: ‘The Queen has enjoyed being on her horse again. Riding again is a wonderful sign after those worries about her health. To do so at 96 is pretty remarkable.’

The Queen often used to take part in Trooping the Colour on horseback, but in more recent years the role had been taken over by members of her family.

She has been a committed horsewoman ever since she was given a pony at three in 1929, and has been a devoted racehorse owner and breeder all her adult life.

Carl Nassib is an American competitor who played for the National Football League Las Vegas Raiders for quite a...
- Advertisement -

Chris Evans' Captain America may be gone from the Marvel Cinematic Universe, but neither the fans nor the characters...

This is the awkward moment an A-level student hoping...
News