Trump calls Alec Baldwin a ‘sick puppy’ and asks rally crowd: ‘Did he pull the trigger?’ 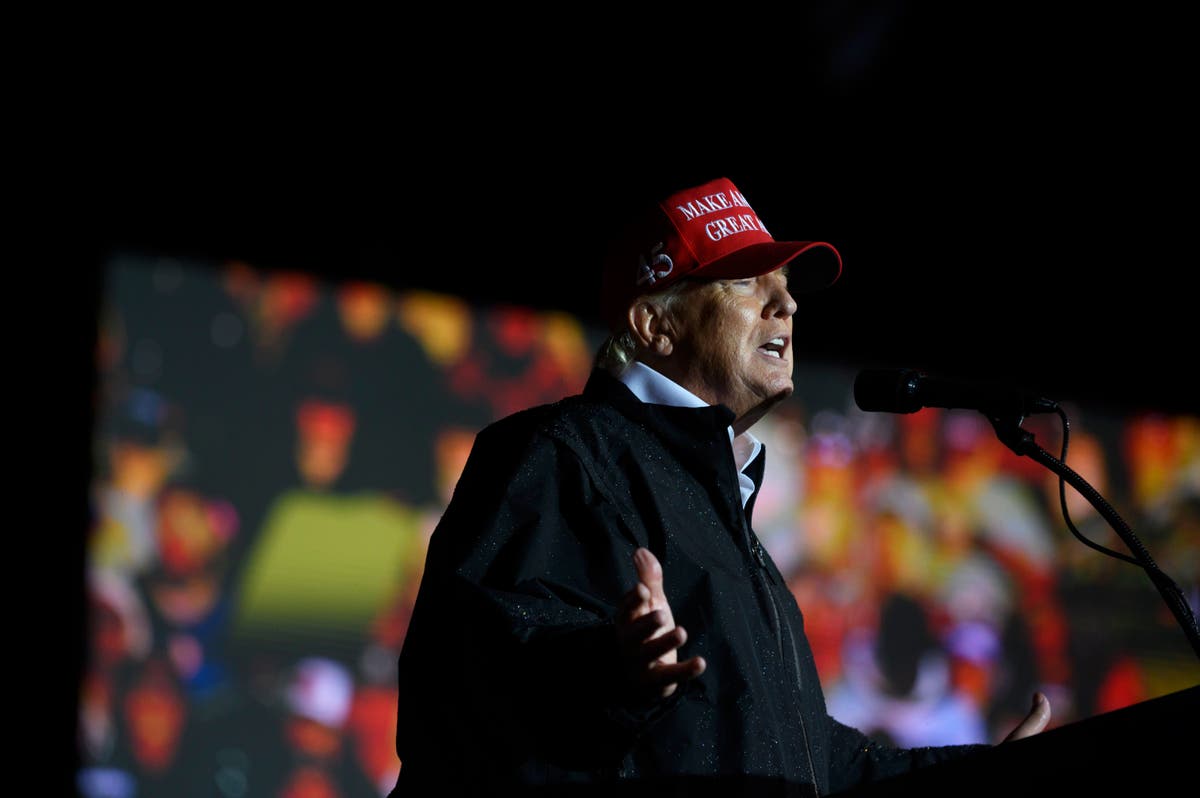 Donald Trump has once again lashed out at Alec Baldwin, calling the actor a “psycho” and a “sick puppy”.

During a rambling speech on Friday night in front of a rain-drenched rally of supporters in Greensburg, Pennsylvania, the former president riffed on Saturday Night Live, the TV comedy skit show where Baldwin played Mr Trump.

“Alec Baldwin’s a sick puppy, he was terrible,” Mr Trump said. “I haven’t seen the new guy, but I hear he’s better than Alec Baldwin – but anybody would be.”

The actor played Mr Trump on SNL from 2016 to the end of 2020, when the former president lost his reelection bid. Since then, the part has been played by cast member James Austin Johnson.

Mr Trump also weighed in on the fatal shooting of cinematographer, Halyna Hutchins, on the set of the movie Rust.

“Hey, by the way, Alec Baldwin, did he pull the trigger?” Mr Trump asked the crowd. The audience cheered, and Mr Trump nodded.

“No, I think he’s a sick person,” the former president responded. “I mean I’ve watched him, he’s a psycho. Something happened there, that’s a strange deal.”

Baldwin held the gun that shot Ms Hutchins, but he denies that he pulled the trigger. Ms Hutchins’ family has filed a wrongful death lawsuit against Baldwin and others involved in the production, and police are still investigating the incident.

Mr Trump also reminisced about previous seasons of SNL which he said that he used to enjoy.

“You remember Jon Lovitz, the liar?” the former president asked, recalling a character from the late 1980s. “A horrible show now but it used to be good.”

At the same rally, Mr Trump reiterated his endorsement of Dr Mehmet Oz, a Republican candidate for Pennsylvania’s open Senate seat. Many of the former president’s supporters have doubted Dr Oz’s MAGA bona fides, citing his past support for abortion rights, transgender Americans, and other issues.

Democratic mega-donor Ed Buck has been sentenced to 30...
- Advertisement -