Twenty Years Ago, a Mass Migration Plot Was Hatched to Help the Left Change the West Forever. They Even Admitted It.

The FBI Has Some Serious Corruption Problems 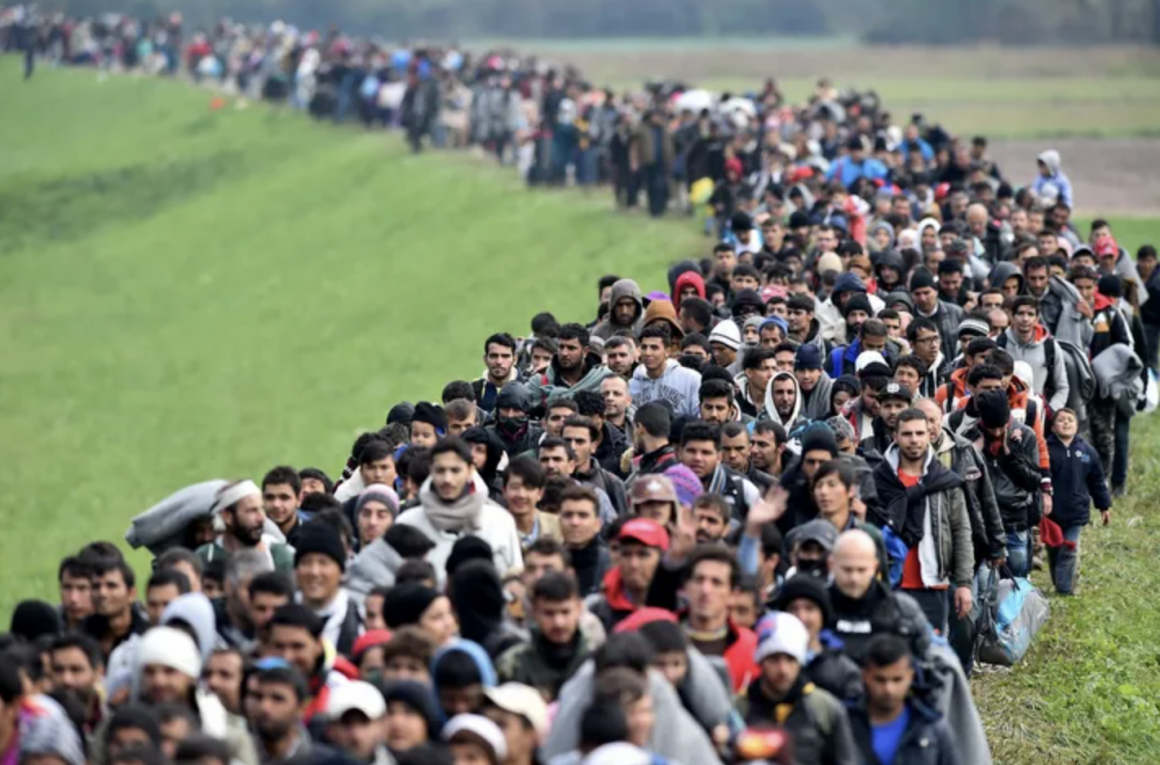 Proof of the left’s mass migration political effort was made public 12 years ago, in a stunningly similar series of incidents to what is currently taking place on the U.S. southern border.

While Kamala Harris scratches her head in Guatemala, farcically discussing the “root causes” of mass migration, the truth of the matter can be found in a little known, draft government paper from the United Kingdom dating back to 2001.

Britain’s raging immigration argument had gasoline poured on its fire in late 2009, when a low-level, former government advisor penned an op-ed for London’s Evening Standard newspaper.

The PIU’s reports were legendarily tedious within Whitehall but their big immigration report was surrounded by an unusual air of both anticipation and secrecy.

Drafts were handed out in summer 2000 only with extreme reluctance: there was a paranoia about it reaching the media.

But the earlier drafts I saw also included a driving political purpose: that mass immigration was the way that the Government was going to make the UK truly multicultural.

Neather was hardly a whistleblower on the matter, either. He claimed to have been uncomfortable with the government’s plan, but he defended the revelation against those who, at the time and to this day, laid blame for the carnage caused by mass migration at the feet of his bosses.

In one short op-ed, he had revealed a political conspiracy to change the demographics of the United Kingdom is such a way that would be described as a “far right conspiracy theory” for years, despite being admitted as true.

‘Rub the Right’s Nose in Diversity’.

The political motivation was abundantly clear to the public, and perhaps helped pave the way for the eventual 2016 Brexit vote.

Neather admitted, in 2009: “I remember coming away from some discussions with the clear sense that the policy was intended – even if this wasn’t its main purpose – to rub the Right’s nose in diversity and render their arguments out of date. That seemed to me to be a manoeuvre too far.”

Ministers were very nervous about the whole thing… there was a reluctance elsewhere in government to discuss what increased immigration would mean, above all for Labour’s core white working-class vote.

This shone through even in the published report: the “social outcomes” it talks about are solely those for immigrants.

And this first-term immigration policy got no mention among the platitudes on the subject in Labour’s 1997 manifesto, headed Faster, Firmer, Fairer.

That was written in 2009. Ten years later the number was 2.7 million, with a further 2.2 million being handed “pre-settled status.”

Given that Neather believed that just three percent of 2019’s 4.9 million settled or pre-settled total was “dramatic,” it bodes consideration of how such policies currently being enacted by the Biden regime in the United States will spiral.

MUST READ:  On Day 145, Biden Raged Against Populism, While Falling Silent On Putin.

Joe Biden told migrants to “surge” the U.S. border, in one of the most self-destructive and arguably treasonous acts in modern U.S. history. Even the Washington Post declared the situation “out of control,” as Alexandria Ocasio-Cortez turned a blind eye to Biden locking kids up in his newly unveiled detention centers.

In September 2020, we at The National Pulse crunched the numbers on Joe Biden’s migration policy and came out with a number eye-wateringly close to same influx Britain saw after Tony Blair’s attempts to “rub the right’s nose in diversity.”

Seventy-seven million people could flock to the U.S. under a Biden regime, as an admittedly high estimate. What was a 3211 percent increase in Britain over less than a decade would translate to roughly 27 million new people in the United States, if the same new migration terms were accepted. And it’s already happening.

Twenty-seven million at a low end, and 77 million at the high end would leave the U.S. a totally changed country. Some will no doubt pooh-pooh these figures.

Migration hawks and doves alike settle on predictions that are lower than reality, mostly because it’s almost impossible to know for sure given the types of data the U.S. government successfully keeps, and no one wants to be considered an alarmist.

But it is time to ring the alarm, especially when re-considering Neather’s comments, the UK government’s position in the early 2000s, and how cohesive British civil society is today (not very).

Mass migration is a weapon, as far as he political left is concerned. They’ve already placed that weapon to America’s throat, and have begun to draw blood.

Homes have been evacuated in Liverpool after a ruptured watermain caused a huge sinkhole to open up in the...
News