UK weather: Britain is set for its warmest day of the year today

Britain could enjoy its hottest day of the year so far today with some areas forecast to be hotter than Majorca.

Temperatures are expected to soar into the mid-20Cs (mid-70Fs) this afternoon – and forecasters said that if peak highs aren’t seen today, it is ‘likely’ that this year’s record will be broken at some point in the coming days.

A high of 23.4C (74F) was recorded at St James’s Park in London on Good Friday, April 15, which is the hottest of 2022 so far – and if that is beaten anywhere in the UK today, then it will probably be in South East England.

Meteorologists have also issued a warning to Britons who might be looking forward to making the most of the hot weather over the coming week, advising them to wear sun cream and not be in the sun for long periods.

Met Office meteorologist Annie Shuttleworth said: ‘It’s possible we could see the warmest day in parts of the South East. If we don’t see it on Friday, we’ll likely see it at least on one day next week.’ 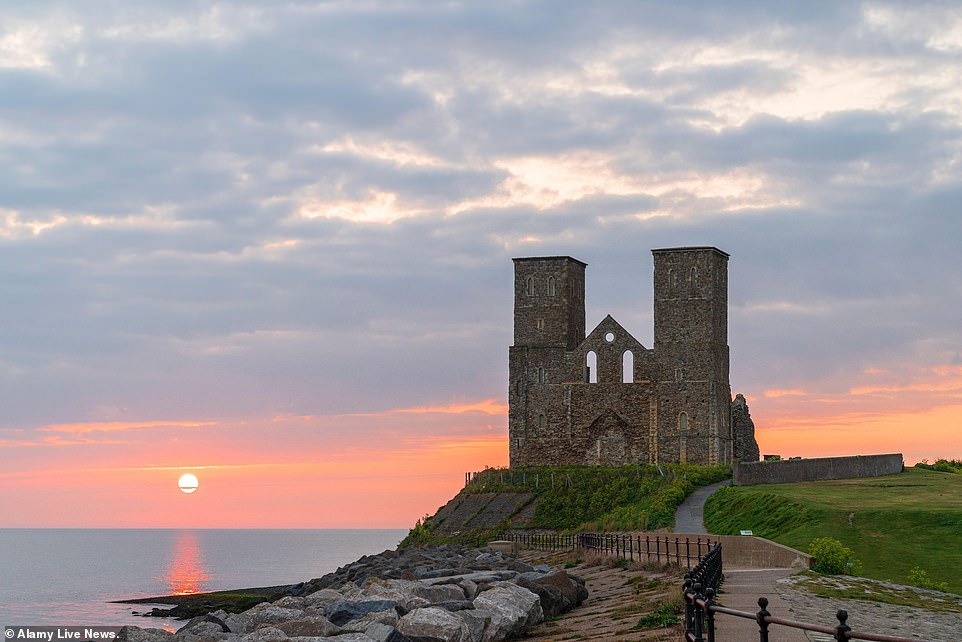 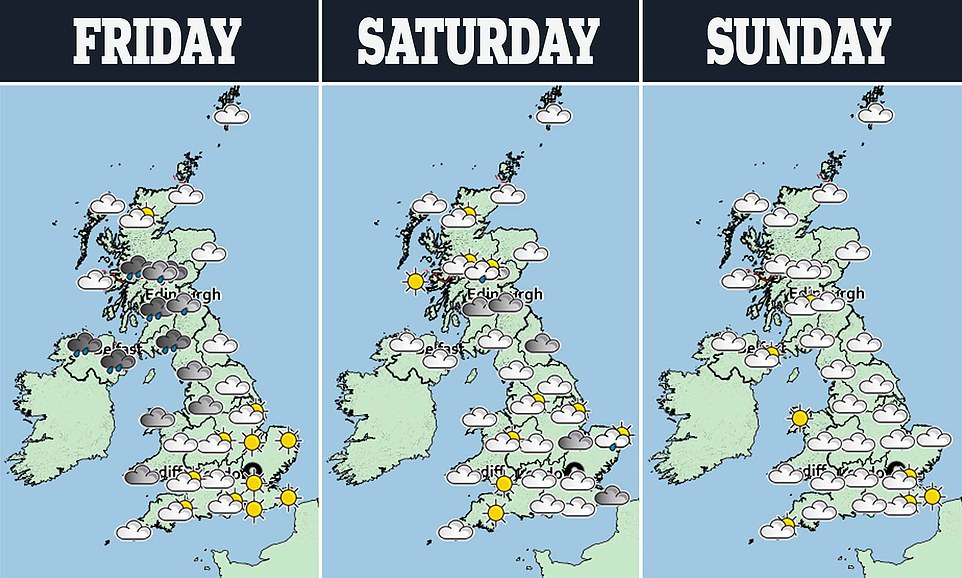 She said temperatures this month are expected to be ‘much warmer than average’, adding: ‘Average temperatures at this point in early May is about 17C (63F) for London and somewhere around 15C (59F) outside of that.

‘It’s quite likely we’ll see those warm and much warmer than average temperatures across the UK.’

The high temperatures are forecast to stay consistent for at least the next week. Ms Shuttleworth added: ‘UV levels will likely be high. Some protection is advised, and long periods in the sunshine not recommended.’

The mercury is expected to peak at 25C (77F) or 26C (79F) in the South in the latter half of next week – and the warm weather should continue into the following weekend, with the North experiencing highs in the low-20Cs.

MeteoGroup forecaster Donal Considine said a surge of warm air would be drawn up from the south as a result of high pressure hovering over central Europe.

‘We’ll get a day-on-day increase in temperatures as warm air is pulled up from North Africa and Spain because of the direction of the winds,’ he added. ‘So next week there is the potential for maximum temperatures 4C to 5C above average.’ 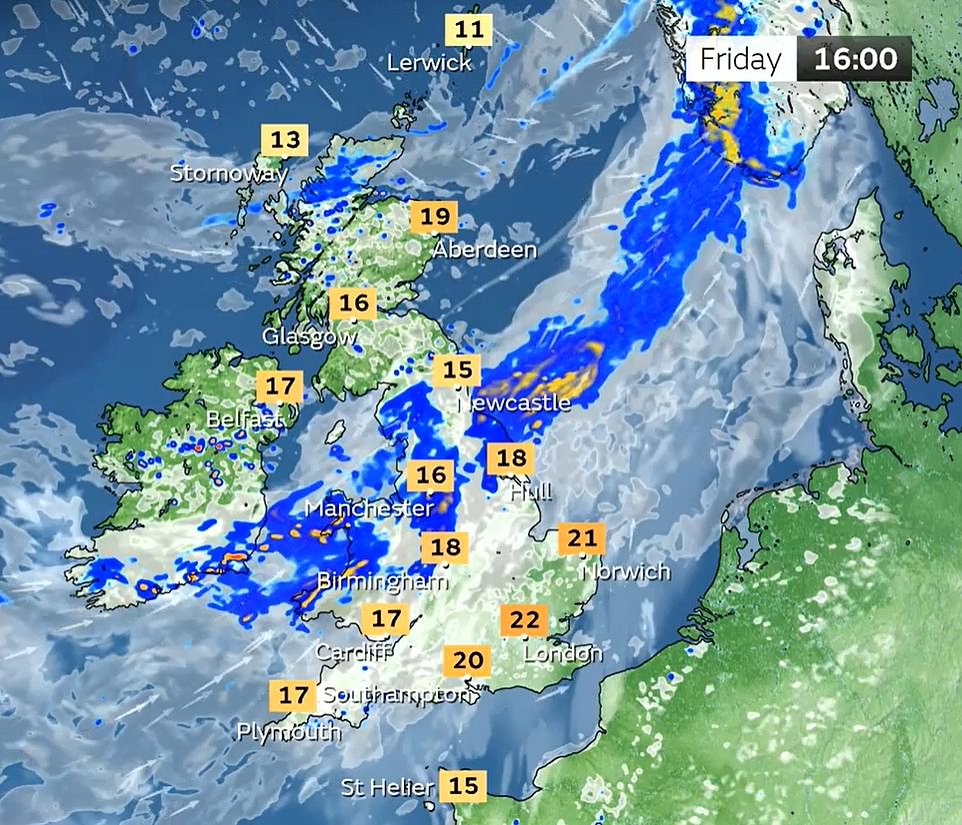 London and the South East can expect at least 24C (75F) from Wednesday onwards and it could keep getting hotter, with 26C (79F) possible.

Met Office meteorologist Marco Petagna predicted it could even get ‘very warm’ towards the end of this month.

The Met Office’s three-month summer outlook predicts an ‘increase in the likelihood of warmer-than-average conditions in the month ahead’.

It adds: ‘Predictions are consistent in suggesting an increase in the likelihood of temperatures being above average overall.

‘While this doesn’t necessarily mean heatwaves will occur, it does increase the likelihood of heatwaves compared to normal.’

The Met Office defines a heatwave as an extended period – at least three consecutive days – of much hotter than normal weather.

Aretha Franklin's granddaughter Grace Franklin auditioned for American Idol yet did not receive a ticket to Hollywood despite heavy...

COVID cases and hospitalizations are continuing to rise in New Jersey, with nearly every county now seeing high levels of...

Lizzo made a second appearance on the Sprout Podcast to discuss her upcoming album, “Special,” which she says has been three...
- Advertisement -

Johnny Depp‘s attorney has won a massive online following as his fans share videos of the glamorous defense lawyer...

COVID cases and hospitalizations are continuing to rise in...
Bio

Lizzo made a second appearance on the Sprout Podcast to discuss...
Celeb Zone

Tom Cruise looked more handsome than ever as he...
World News

In Johnny Depp and Amber are heard having the...
- Advertisement -