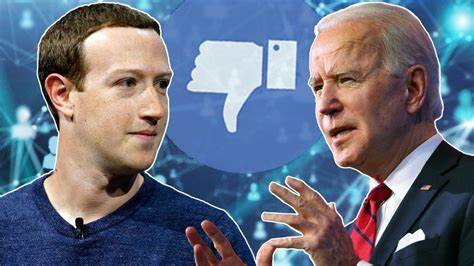 The Wisconsin State Senate has passed a bill prohibiting the outside, private financing of elections – a move that follows the Facebook CEO Mark Zuckerberg’s large-scale 2020 election interference.

As originally reported by The National Pulse ahead of the 2020 election, Zuckerberg ploughed cash into heavily Democrat districts in order to privately march more left-wing voters to the ballot box.

Prior to last year’s election, Senator Josh Hawley highlighted that employees from the six largest tech firms of Silicon Valley, including Facebook, donated almost $5 million to the Biden-Harris presidential campaign. Only $239,000 had been donated by the tech firms’ employees to the Trump campaign.

Now, Wisconsin Senate bill SB 207 attempts to ban the practice of private funding of elections, though it is expected to be vetoed by Democratic Governor Tony Evers.

According to local news sites, the bills approved include:

Research director Will Flanders of the Wisconsin Institute for Law and Liberty said, following the release of a new report into election integrity: “This analysis provides convincing evidence that the CTCL grants played a role in increasing turnout for Joe Biden in 2020. Wisconsin lawmakers should act to ensure local election administration isn’t captured by private money seeking partisan advantage.”

The brother of a top staff member in Joe Biden’s administration is lobbying the White House on issues related to China for General Motors, a new disclosure reveals. Jeff Ricchetti, a long-time swamp creature of Washington, DC’s lobbying circle is the brother of White House Counselor to the President Steve Richetti. The form shows Ricchetti was…

An Instagram model broke her mother out of jail using a hidden rope and getaway bike after distracting the security guard, it is alleged.  Influencer Aida Victoria Merlano, 21, who is Colombian, allegedly managed to complete the daring plan to get her mother out of prison.  In a trial this week, prosecutors heard that the…

A mafia ‘boss of bosses’ was arrested by Spanish police Thursday morning on the streets of Madrid two years after he was mistakenly released from prison. Domenico Paviglianiti was a leader of Italy‘s most powerful organised crime syndicate, the ‘Ndrangheta, which controls much of Europe’s cocaine trade. Now one of Italy’s most wanted fugitives, the…

Eric Maund From Austin, TX Arrested Spouse Sheri And Maund-Holly Williams Homicide Case:- Certainly, Eric Charles Maund is arrested for the suspect of killing his ex Holly Williams and his confederate. Eric is a pacesetter in a automobile showroom. Eric Maund is the very good suspect within the passing of his ex. The reviews have…

Getty Ty’Son Williams #34 of the Baltimore Ravens celebrates with Trenton Cannon #39 after scoring a touchdown against the Las Vegas Raiders in the first quarter at Allegiant Stadium on September 13, 2021 in Las Vegas, Nevada. (Photo by Christian Petersen/Getty Images) Next man up is becoming an all too familiar theme for the San…