UK citizens who received their coronavirus vaccine while abroad will be able to return home from amber list countries without quarantining by the end of the month, vaccines minister Nadhim Zahawi announced Thursday.

Ealing Central and Acton MP Rupa Huq said a constituent of his who had been vaccinated in the US was unable to register his two jabs and avoid the 10-day quarantine, echoing the growing frustrations of many British ex-pats who had their jabs abroad.

Britons returning from abroad can show proof that they have received both doses via the NHS app. But Huq called on Zahawi to rectify the technology so foreign-administered doses can be registered on the system.

The minister replied: ‘In terms of UK nationals who have been vaccinated overseas, by the end of this month they will be able to talk to their GP, go through what vaccine they have had and then have it registered with the NHS as being vaccinated.’

Zahawi also said plans were underway for reciprocal recognition of 33 other countries’ vaccination schemes, so that non-UK nationals could also bypass self-isolation. This ‘will happen very soon’, he promised. 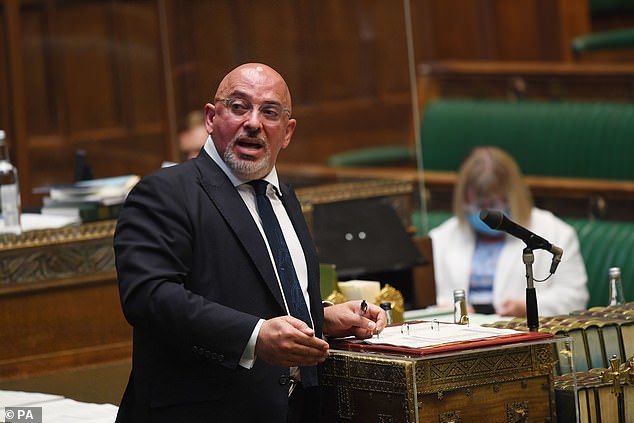 Vaccines minister Nadhim Zahawi said British ex-pats vaccinated abroad will be able to return home from amber list countries without quarantining by the end of the month.

In what some have dubbed ‘Freedom Day,’ the UK lifted most of its coronavirus restrictions Monday. For UK citizens who received their vaccination within the country, returning from an amber list country means no self-isolation requirement, as of 4am Monday. But for citizens entering from an amber list country who were vaccinated while abroad, the quarantine requirements remain.

UK citizens who were vaccinated abroad are treated the same as non-citizens when entering the country from an amber list nation, and must quarantine for 10 days, unless they pay for the private day 5 Test to Release.

Anyone entering the UK from an amber country must also take a pre-departure Covid test as well as a test on day 2 and day 8. 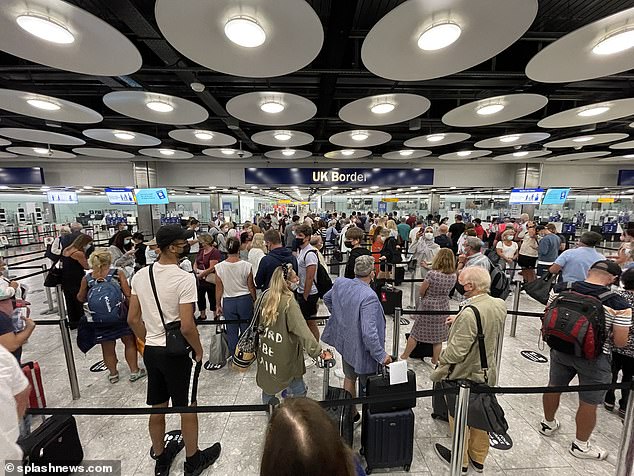 Chaos erupted at Heathrow Tuesday when no e-gates were working and there were 2000+ passengers with only four Border Force personnel to check passports.

Around 5.5 million British expats live overseas, including 1.2million in Europe, the vast majority of which is on the amber list.

He said the change ran the risk of ‘re-importation’ of Covid back into the country and that the previous regime of making all amber arrivals quarantine regardless of whether they have been vaccinated was ‘more sensible and proportionate’.

Speaking to BBC Breakfast, he said: ‘I do regret the fact that the Prime Minister has decided that [fully vaccinated] people returning from amber list countries do not require to self-isolate.

‘I think the previous regime was a more sensible and proportionate one.’

He added: ‘When people are on holiday, they will behave in the way that people on holiday behave.

‘They will be mixing with more people, they will be doing the sorts of things that bring them into contact with one another.’

Despite the comments, Wales has decided to follow suit and adopt the new amber rules along with England.

On Wednesday, Mr Drakeford said he ‘regretted’ the UK government’s move but that it would have been ‘untenable for Wales to adopt a different border health policy.’