Eric Holder: Based on Public Record, I Would Proceed with Trump Indictment — He Is a ‘Danger to the Republic’ 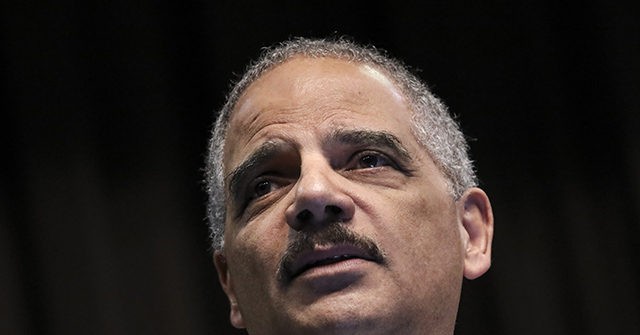 Former Attorney General Eric Holder said Tuesday on CNN’s “The Lead” that if he were the Attorney General, he would proceed with pursuing an indictment against former President Donald Trump based on what was public knowledge.

Guest-anchor Dana Bash said, “There’s a national conversation about the former president. And I know you were opposed to indicting a former president in the past. In the case of Donald Trump, however, you say that you no longer believe it’s unthinkable. Explain why.”

Holder said, “Yeah, I think given the breadth of what we already know, the depth of the criminality that we already know, and what I undoubtedly think we’re going to get from the January 6th Committee, and the danger to the republic, there was an attempt to stop the peaceful transfer of power, it seems to me there has to be accountability for that. Just as importantly, there has to be deterrence so people in the future will not try to do that which they tried to accomplish on January 6th. And that has really kind of moved me from thinking, it will be a divisive thing if it happens, but it will be equally divisive, I think, not to take action against those who tried to foment that coup.”

Bash said, “You do believe that there is a chance that the current attorney general, Merrick Garland, will indict Donald Trump, despite how divisive you acknowledge it could be?”

Holder said, “I think that possibility exists. I have great faith in Merrick Garland.”

Bash asked, “Would you do that if you were attorney general now?”

Holder said, “Well, I don’t have access to all of the information.”

Holder said, “Right, to the extent that I was satisfied that the statutory requirements were met and that you could show the necessary intent, given the nature of this crime, yeah, I would proceed.”

Clement Lenglet 'is heading for his Tottenham...

With the Luhansk region under Russian control, President Vladimir Putin may now focus on seizing all of the Donbas...
- Advertisement -

If you own a fainting couch, now might be...
- Advertisement -