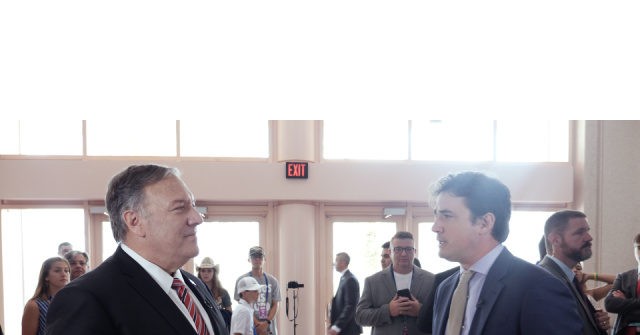 “We’ve got to retake our nation,” Pompeo told Marlow on Monday at Turning Point USA’s annual Student Action Summit in Tampa, Florida. “I want [the students] to understand that the real risk is here in our republic.”

Watch the full interview below:

Marlow noted that “there’s really a confluence of things that’s happening — be it Critical Race Theory, be it the open borders — they all seem to be undermining the fabric of the United States, even the fact that we’re getting so secular.”

“There’s a part of the Democrat Party that loves communism and tyranny,” Pompeo responded. “They think that’s the model, it creates equality — equality of outcome.”

Pompeo continued, “There’s another part of the Party that wants to do precisely what you described, which is, they just want to be like Europe — a secular, slow growth, no entrepreneurship, no basic freedoms — a European socialist model. Those are both dangerous. They’re both un-American, and they’re both inconsistent with who we are as a people, and certainly inconsistent with how our founders thought about the world.”

“So, a good start would be reading more of the Bible, and a little bit of the Federalist Papers on top of it,” Pompeo continued, adding that “classics” have been pushed out of schools, and replaced with “the 1619 Project, or something from some 1970s Harvard Law School professor on critical legal studies.”

“This is dangerous,” Pompeo affirmed. “It is dangerous when it affects our schools in this way.”

“We need to do our hard work to take back school boards, boards of regents, all of those places that can actually change those curriculum, and make sure we’re teaching our kids about the real American history,” he added.