President Joe Biden’s administration on Tuesday backed making Washington D.C. the 51st state as the House prepares to vote this week on legislation that would make it so.

‘For far too long, the more than 700,000 people of Washington, D.C. have been deprived of full representation in the U.S. Congress,’ the administration said in a statement of policy release by the Office of Management and Budget. ‘This taxation without representation and denial of self-governance is an affront to the democratic values on which our Nation was founded.’

‘Establishing the State of Washington, Douglass Commonwealth as the 51st state will make our Union stronger and more just,’ the administration said. 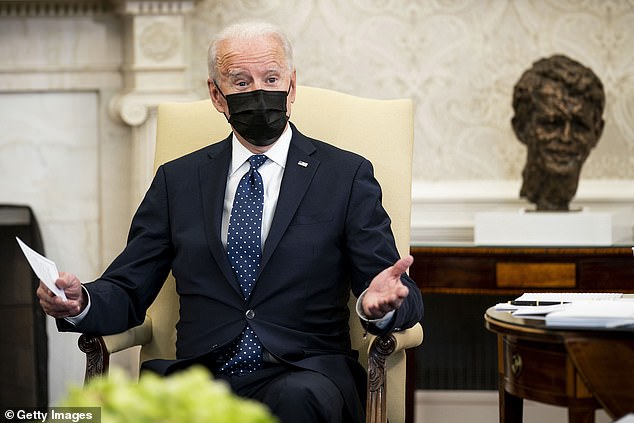 The House will vote this week – likely on Thursday – on legislation to make DC the 51st state after Democrats prioritized the issue. The bill, H.R. 51, passed out of committee last week in a party-line vote.

Delegate Eleanor Holmes Norton, the Democrat who represents D.C. in the House but has no voting power in the chamber since it’s not a state, thanked the Biden administration for its support.

‘Thank you to the Biden administration,’ Norton said. ‘The residents of our nation’s capital deserve voting representation in Congress and full local self-government, and with Thursday’s House vote and expected passage, along with Democratic control of the Senate and White House, we have never been closer to statehood.’ 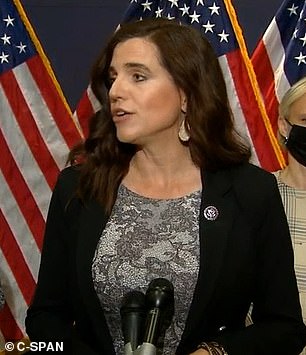 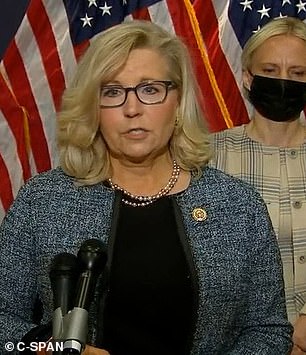 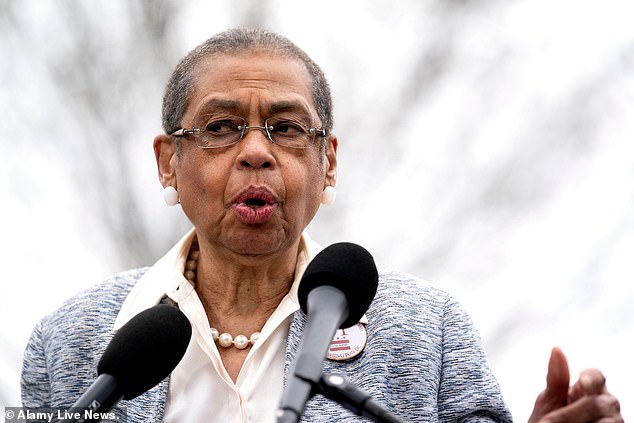 Delegate Eleanor Holmes Norton, the Democrat who represents D.C. in the House but has no voting power in the chamber since it’s not a state, thanked the Biden administration for its support

Even with Democratic control of Congress, H.R. 51 faces an uphill battle in the Senate. Democrats would need 10 Republicans to cross over and support the legislation in order to have the 60 vote margin needed to advance legislation to a final vote.

Republicans voiced opposition to the bill. If DC became a state, the highly-Democratic area would give Nancy Pelosi and her Democrats another seat in the House along with two Democratic senators.

Republican Congresswoman Nancy Mace of South Carolina argued ‘DC wouldn’t even qualify as a singular congressional district and here they are – what they want is the power and the authority of it being an entire state in the United States, and they want that power.’

The Biden administration is putting out feelers to the Taliban begging them not to attack our embassy in Kabul and are dangling foreign aid as a bribe. It’s a fitting end to our involvement in a “Forever War” that ended up with the United States bartering with the enemy for a safe exit. The Biden… 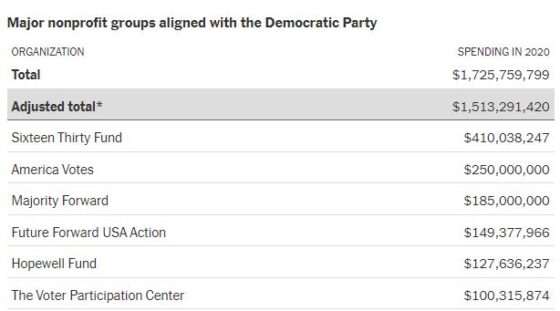 When you have been paying consideration ten or twelve years in the past, you in all probability keep in mind Democrats, together with President Obama, have been very upset a few Supreme Court docket resolution known as Residents United. [embedded content] The priority was that “darkish cash” was a corrupting pressure in politics which might…

Animal rights activists scaled the Defra and Home Office building in London today as they demanded ‘government support for a plant-based food system’ at Cop26. Several activists from Animal Rebellion climbed up the structure on Marsham Street in Westminster, which houses both departments, from about 6am this morning. The group, which is affiliated to Extinction…

Jonathan Franzen’s latest book Crossroads will make readers cry. This novel goes for the emotional jugular and never once lets go, making 2001’s The Corrections look tame in comparison. Published earlier this month, Crossroads is part of a trilogy called A Key to All Mythologies, with the remaining two titles still to come. Crossroads is…

Remember when grocery store workers were praised as heroes at the peak of the Wuhan Lab pandemic for coming to work every day despite the media and Dr. Fauci’s Evil’s constant fear-mongering about putting their lives at risk to make sure Americans could still get groceries? The Kroger Corporation made a fortune during the pandemic….