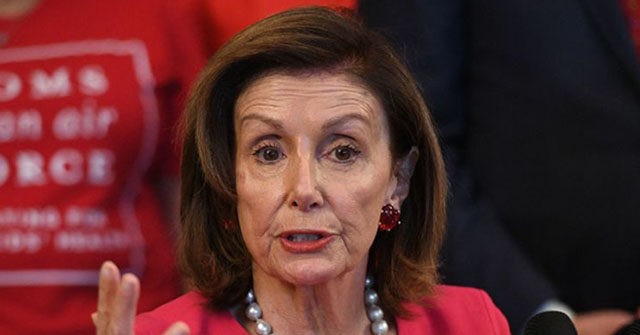 Pelosi said, “I do think that it puts an urgency on what’s happening in the election. Two more- one or two more senators could sweep back the filibuster rule for this purpose, and then women would have a right to choose. This is about something so serious and so personal and so disrespectful of women. Here we are on Mother’s Day, a week where the court has slapped women in the face in terms of disrespect for their judgments about the size and timing of their families. So, the fact is, let’s keep our eye on the ball. The ball is in the court of those justices. One of them at least said over and over again that precedent had been established again and again on Roe v. Wade and that- so this decision is about being anti-precedent and anti-privacy and has serious ramifications as we go- as we go down this path and has to be softened. And I don’t think there’s a good outcome, but there’s a better outcome as far as this is concerned.”

She added, “Let’s just be prayerful about this. This is- this is about respect for privacy. What’s next? What’s next? Marriage equality? What’s next, contraception?”

The secret is out — the Jersey Shore has great...

While the mass shooting of 10 people by a...

No one was surprised when it was announced...
- Advertisement -

Ashley Sky Wiki Biography Ashley Sky was born in Florida, USA on 26 November 1991, so under the zodiac sign...
- Advertisement -

Elon Musk on Monday fueled speculation he could be...
News

MSNBC anchor Joy Reid on Monday, during her show...
News

A man described by Project Veritas as a senior...
- Advertisement -