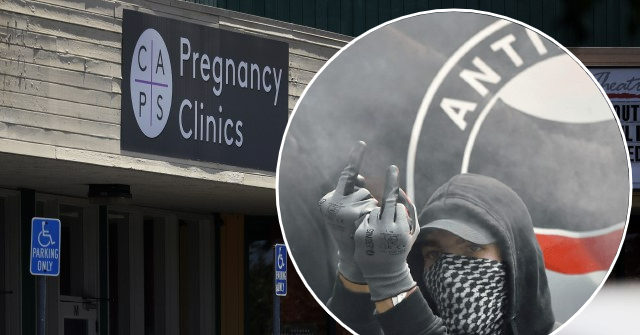 The National Fusion Center Association on Thursday reportedly held a call to strategize about the metastasizing threats of violence after the Supreme Court leak that revealed Roe v. Wade may be overturned.

Those on the call were FBI and DHS officials, among “dozens of intelligence-sharing hubs around the country,” according to Politico. The call focused on how law enforcement might protect the federal judiciary from attacks, “including both the Supreme Court’s nine justices and the hundreds of federal judges around the country — as a potential increasing target of violence.”

The virtual rendezvous reportedly did not result in any determination of actions to be taken against the violence perpetrated by radical left after the Court’s leak. The call did not specifically focus on the radical left extremism at all. Instead, the focus was to “maximize information-sharing on the topic among law enforcement agencies around the country, hoping to identify threat trends in real-time.”

Since the Supreme Court leak, attacks have been carried out against the pro-life community by radicals. Antifa reportedly attacked a pregnancy center in Portland and allegedly wrote “Fuck CPCs” (Crisis Pregnancy Center) and “bashed the windows” of the facility.

On Wednesday, a church in Denver, Colorado, was vandalized “with smashed windows and spray-painted pro-abortion messages,” the Washington Times reported. The vandals reportedly desecrated the church with far-left slogans, like “my body, my choice” and “keep your religion off our bodies.” They also broke several church windows.

Another far-left group, dubbed “Ruth Sent Us,” has published the justices’ supposed home addresses online for the radical protestors to locate. The group has also reportedly threatened to storm churches on Mother’s Day in protest. The protests may occur in Washington, DC.

The left’s political violence follows the 2020 destruction, which cost the nation $1 billion to $2 billion, according to Axios. The cost of the violence exceeded that of any previous social unrest in the nation’s history.

Follow Wendell Husebø on Twitter and Gettr @WendellHusebø. He is the author of Politics of Slave Morality.

An Indiana woman bravely forces her Pastor to admit that he groomed her as a teenager in front of...

My girlfriend and I have been in a relationship for seven months, and it is getting more serious. I...
- Advertisement -

Southampton ‘could SACK Ralph Hasenhuttl or fire his backroom team instead’

Linda Nosková is a Czech expert tennis player. She was the champ of the 2021 French Open – Girls’...