By Dominic Hogan For Mailonline and Nick Mashiter, Pa

Aston Villa centre back Ezri Konsa will face between three and four months out following a knee injury sustained in Sunday’s 1-1 draw with Crystal Palace.

Konsa, 24, will now likely miss Villa’s pre-season preparations but should return to the squad in August ahead of the start of the 2022/23 campaign, the Athletic reports.

Villa have been dealt another blow with goalkeeper Emiliano Martinez also a doubt for Thursday’s clash with Burnley but could recover in time for the final game of the season against Manchester City. 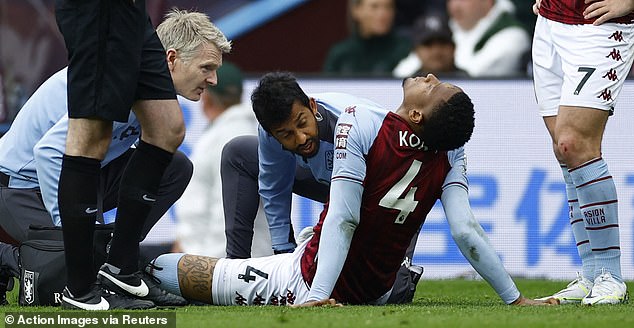 Aston Villa boss Steven Gerrard said: ‘Ezri Konsa’s had a scan and it’s confirmed that he’s got a knee injury. He’ll be missing for up to 16 weeks.

‘When someone leaves the pitch, and you see the challenge and it’s very close to you, you fear that it could be an ACL and a six to nine-month injury.

‘Thankfully, it wasn’t. It’s an injury quite similar to (Marvelous) Nakamba’s injury. We managed to get Nakamba back after 14 weeks, but the timescale’s more between 12 and 16 weeks.

‘If you are going to sustain an injury as a player, it’s not the worst time in the world – even though there’s never a good time – because he won’t miss much football.’ 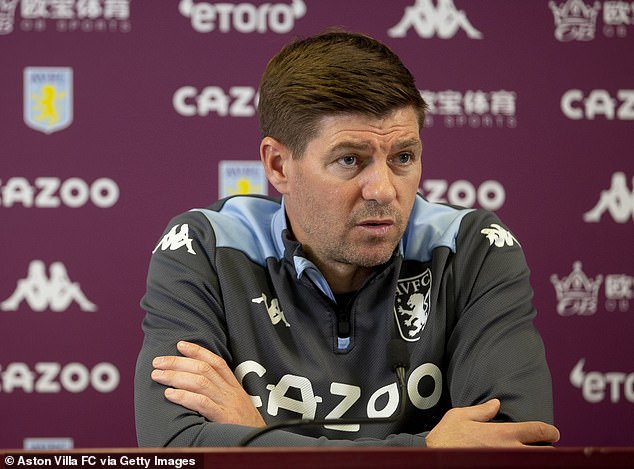 Konsa has been a constant figure under Gerrard, playing 19 out of 25 Premier League games

Calum Chambers is likely to come in for the injured Konsa, and with the injury to Martinez, on-loan goalkeeper Robin Olsen is in line for his first start since arriving in January from Roma.

However, the injury does not seem to be too bad, and he should be fit for Villa’s final match of the season against reigning champions Manchester City on Sunday.

Martinez has transformed the Villa defence since arriving from Arsenal in 2021 for £15.66million, playing 74 matches and keeping 26 clean sheets.

15 of those came last season when he was nominated for the prestigious Yashin Trophy, finishing sixth ahead of Thibaut Courtois and Keylor Navas. 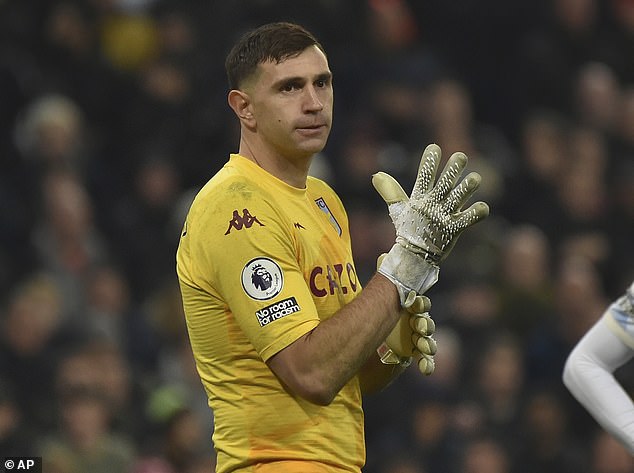 Emiliano Martinez may miss Thursday’s game against Burnley, but should be fit by Sunday

Thursday’s trip to Villa Park is Burnley’s game in hand over their relegation rivals, with two matches left to save their top-flight status having dropped into the bottom three after a 1-0 loss to Tottenham.

‘My focus is on us. We’ll be aggressive, we’re at home. We played at Burnley recently and we played extremely well and we won the game comfortably (3-1). 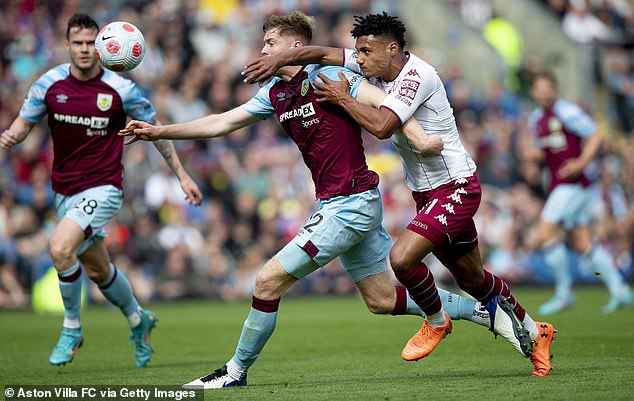 ‘We know their strengths. They’ve been really strong under the new manager, and they’ve given themselves a decent chance of survival.

‘They’re going to be all in and they’re going to empty it at Villa Park, so we need to compete and match that in all departments and hopefully our quality will come through.’

Villa’s draw with Palace means they cannot finish lower than 14th, their current place in the table.

They have struggled for consistency since Gerrard opened his reign with four wins from six and he is aware where improvement is needed.

‘It’s a challenge for me and everyone connected to the club. We’re new to the position, even though we’ve been here five months,’ he said.

Karen Carney has called for social media users not...
Sport