Chelsea: Barcelona confirm Ousmane Dembele is set to leave with contract offer still on the table

By Oliver Salt For Mailonline

Barcelona have confirmed Ousmane Dembele will be leaving the club upon the expiry of his contract, coming as a boost to potential suitors Chelsea.

Dembele, 25, has not signed an extension with Barca despite his current deal expiring at the end of the month.

The France winger has failed to live up to expectations in Catalonia since completing a £120million switch from Borussia Dortmund in 2017, with a series of fitness and discipline issues derailing his Nou Camp stint. 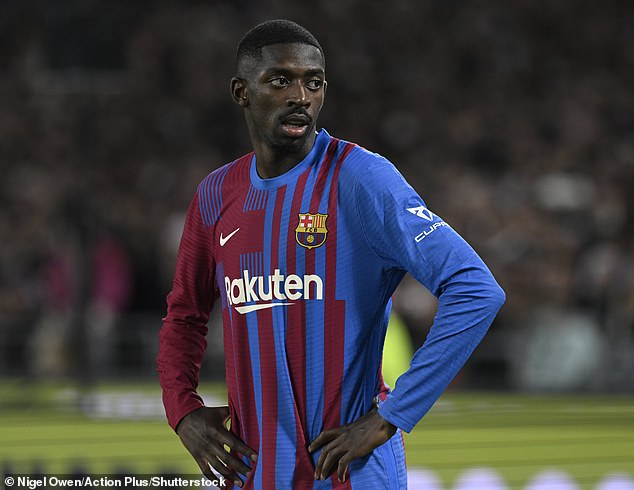 Despite regaining his place in the side under Xavi over the past few months, Dembele is now set to walk away from Barca when his contract is up in July.

The Spanish club has confirmed that as things stand he will be leaving on a free transfer this summer, which may be music to the ears of Chelsea.

Barca president Joan Laporta said (via The Sun): ‘Dembele? We made our bid – he has a proposal on the table but he has not accepted it. No answer yet.’

Thomas Tuchel has reportedly identified Dembele, whom he previously worked with at Dortmund, as one of his top transfer targets heading into the summer window. 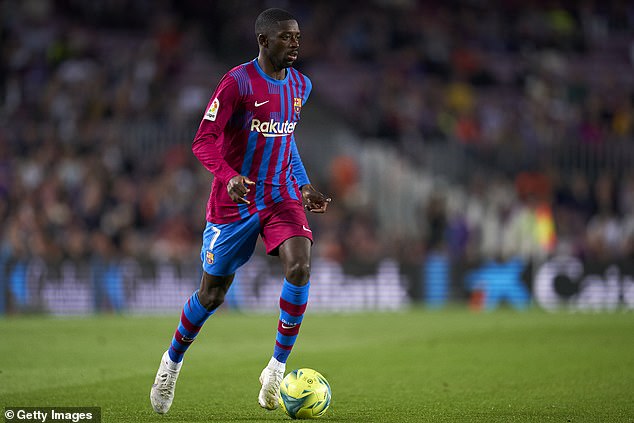 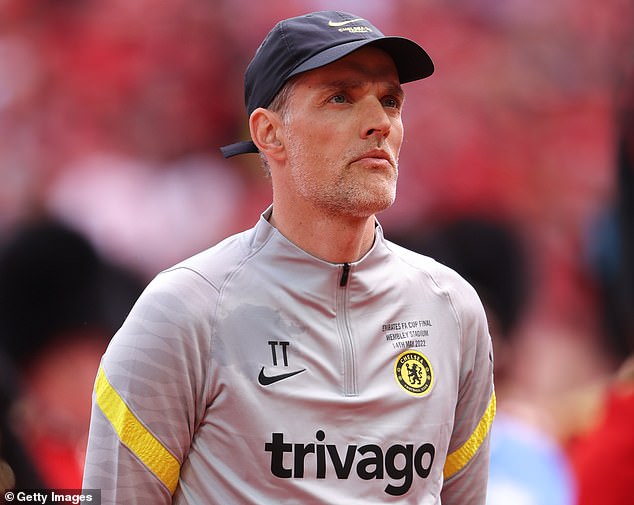 The Chelsea boss is in need of attacking reinforcements amid doubts over the futures of several current players, including Romelu Lukaku, Christian Pulisic and Timo Werner.

As well as Dembele, Manchester City winger Raheem Sterling is understood to be on his radar, while his team-mate Gabriel Jesus is also being linked with a move to Stamford Bridge.

Yet the latter pair are still under contract at the Etihad, meaning Chelsea would have to fork out a sizeable transfer fee to prise them away from Pep Guardiola’s side.

Dembele, meanwhile, is available on a free from July as he prepares to walk away from Barcelona.

He has registered 32 goals and 34 assists in 150 appearances for Barca, winning two Spanish titles and as many Copa del Reys.

Xavi was keen to keep him around at the Nou Camp for a little while longer, saying last month: ‘Negotiations are ongoing and we are going to be optimistic. I hope he can stay – he has helped us a lot during the last six months.

‘He’s a decisive player with lots of assists and he has been excellent in many games. When he hasn’t played, we’ve missed him. He is a football player that I like and we’d like to stay, but we’ll have to see.’

Ordering the unsealing of the Mar-a-Lago search warrant affidavit would be wrong as a matter of law. But as...

Who is Wheein from Mamamoo K-pop girl group? Wiki Bio Jung Whee-in, better known by her stage name Wheein, was...

Martha Kalifatidis has made a rare appearance after months of staying offline due to a mystery illness.  The former reality...
- Advertisement -

Fulham are set to strike a deal...