Manchester City star striker Erling Haaland put the frustrations of his Bournemouth performance immediately behind him as he jetted off to the beach in Marbella.

The £51million summer signing has been pictured taking a dip in the sea in his Dolce and Gabbana swim shorts as he enjoys a break from the action after he flew out to Spain just hours after City’s 4-0 victory over Bournemouth on Saturday.

Pep Guardiola’s side made it back-to-back wins to start the new Premier League season, despite the Norwegian having only eight touches in the game and failing to get on the scoresheet. 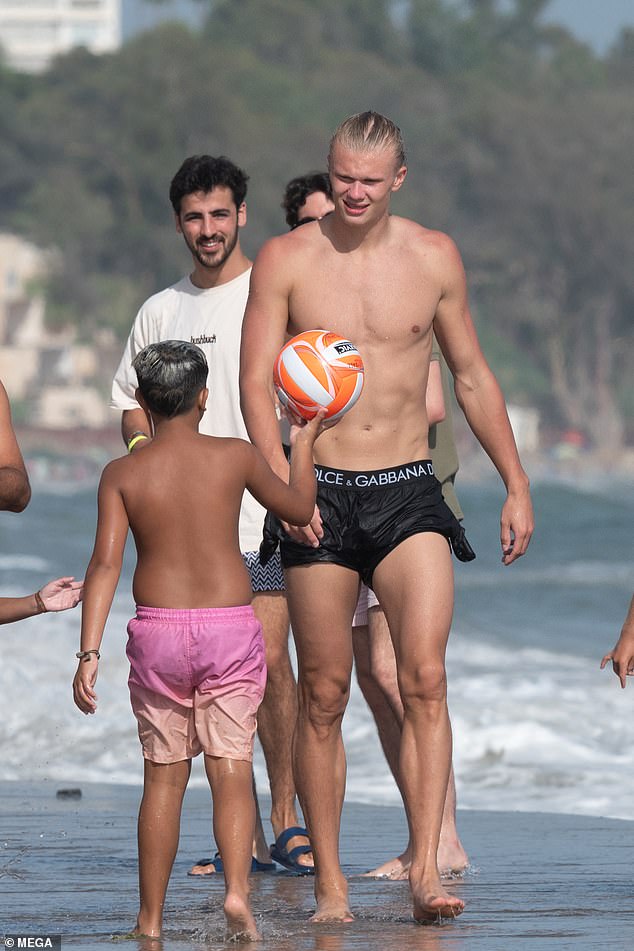 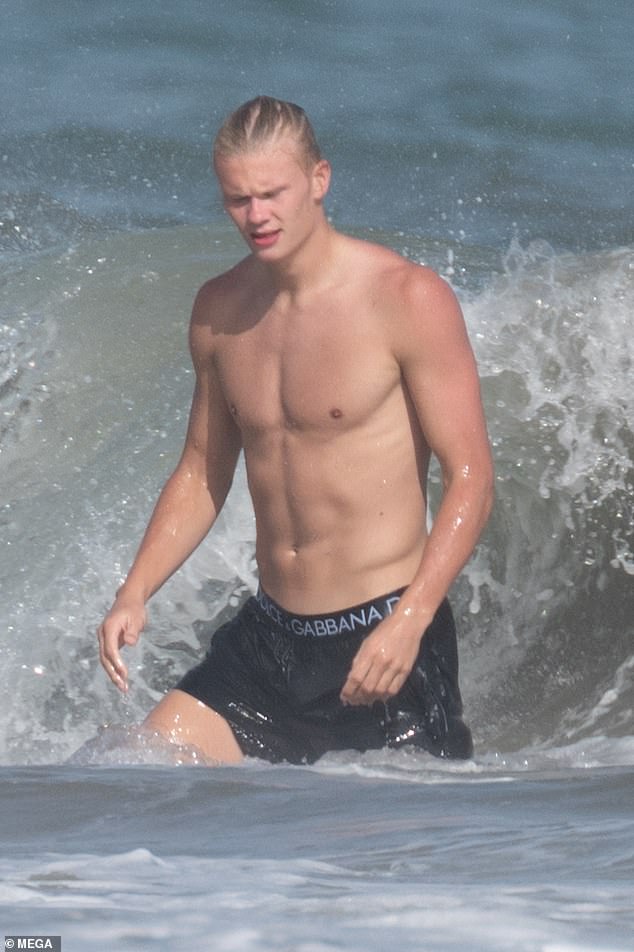 Haaland only had eight touches against Bournemouth – just one more than Romelu Lukaku’s record low of seven touches in a Premier League game for Chelsea against Crystal Palace last season.

In fact, Haaland completed just two passes in the entire game – the lowest total for a City player under Guardiola.

It saw the striker fail to add to the two goals he scored last week in the win against West Ham United at the London Stadium on Sunday. 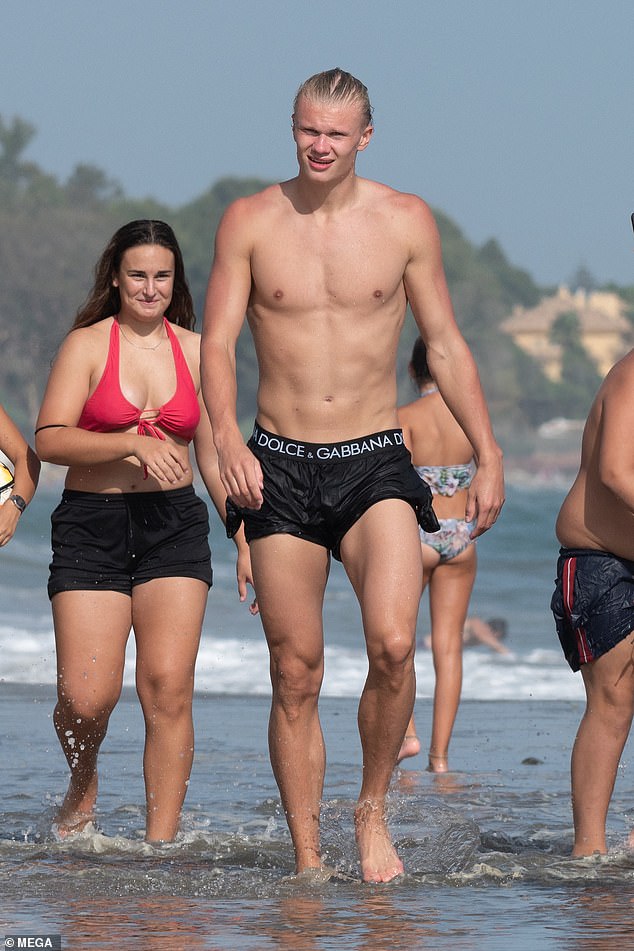 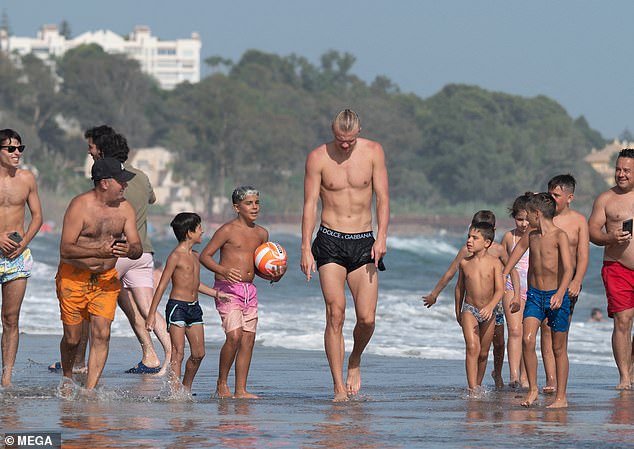 Although with one of his two passes during the match, he managed to pick up an assist, as he set up Ilkay Gundogan.

City boss Guardiola has leapt to the defence of his summer signing by suggesting he did the best he could against the Cherries’ high line.

‘The most difficult job in the world is when you are a striker against a (defence) with three central midfielders, three centre-backs and you are in the middle,’ Guardiola said following the victory.

‘We will find many of these situations but it’s a question of time. With the quality of player we have behind him (Haaland), we will find him.’ 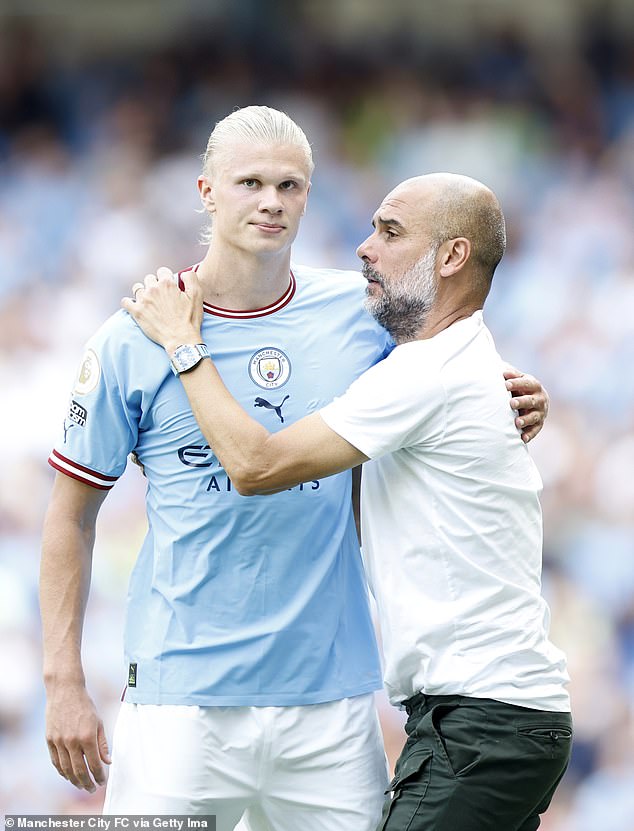 It is not the first time Haaland has faced questions on his possible role in the City team.

Doubts were raised over the City No 9 after his display in the Community Shield as Guardiola’s men were beaten 3-1 by Liverpool.

But the former Borussia Dortmund forward quickly hit back with a brace on his Premier League debut and his manager believes he will live up to his billing.

Up next for City is a trip to St James’ Park to face Newcastle next weekend as the champions look to continue their perfect start to the season.