Roma player Gianluca Mancini, in his club’s moment of pure elation, appeared to take the time to start fighting with his team-mates.

The Giallorossi defeated Feyenoord 1-0 in the inaugural final of the Europa Conference League in Tirana, Albania, thanks to Nicolo Zaniolo’s well-taken first half effort.

Jose Mourinho’s win with Roma over the Dutch outfit claimed the club’s first ever Uefa trophy, and saw the Portuguese become the first manager to complete the full Uefa set. 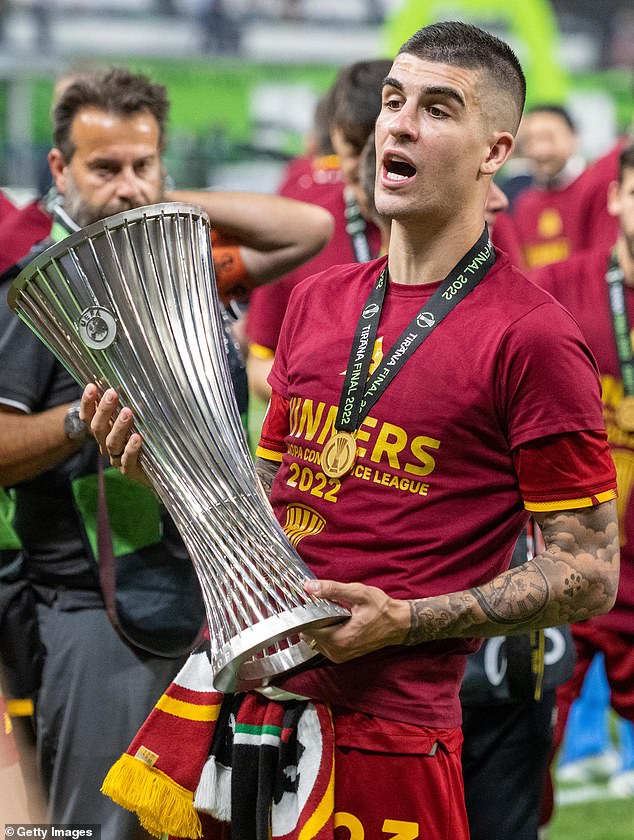 As the players and staff partied away on the pitch following the win, the television cameras were following their every move and appeared to pick up on a few odd interactions all involving the defender Mancini.

The first incident came almost immediately after the final whistle, when the rest of the Giallorossi players were lying on the floor unable to comprehend what they had achieved.

Meanwhile, Mancini appeared to take issue with something that midfielder Bryan Cristante did as they embraced following the final whistle. 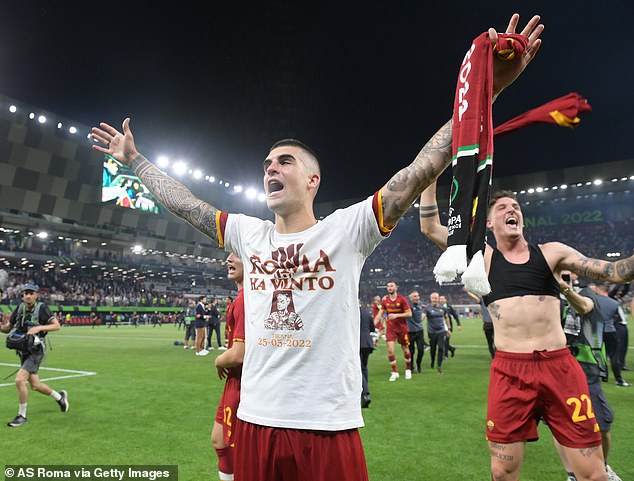 Amid some joyous celebrations, Mancini was involved in some odd incidents caught on camera

As quickly as they embraced, the defender then pushed his teammate away in what appeared to be an aggressive manner before trying to swing a punch at his stomach.

Later on in the celebrations, after the Roma players had been awarded their medals and the trophy, Mancini was again involved in an altercation with a teammate.

When stooping over trying to look at something, perhaps the trophy itself, Mancini was flanked by forward Felix Afena-Gyan. 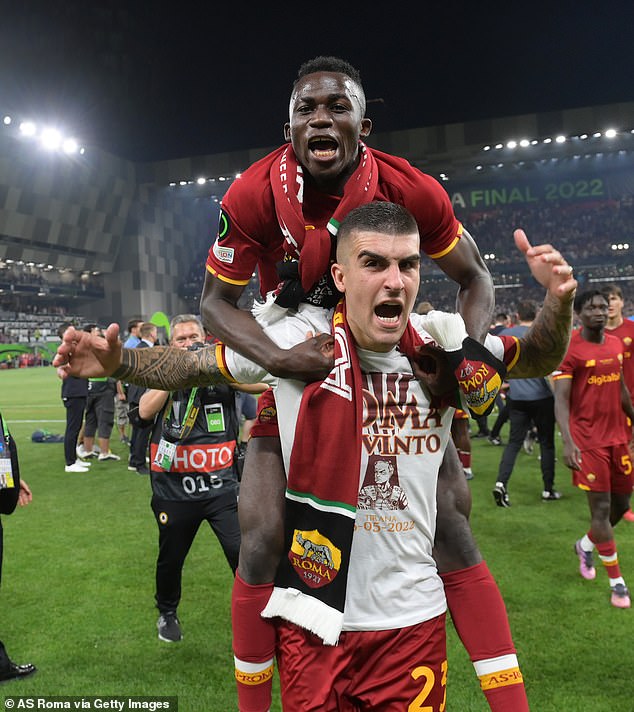 However, Felix Afena-Gyan said that it was nothing serious and all part of a joke inside Roma

Mancini, with a look of seriousness across his face, slapped Afena-Gyan across the face with his left hand as if in a motion telling him to move along.

After the Ghanian perhaps sensibly moves away from his teammate, the Italian defender then throws what appears to be another punch at a teammate.

When asked about the incident, however, Afena-Gyan poured scorn on the idea there was anything major at play and said they ‘joke and fight’ at the same time.

‘It wasn’t serious. We joke and fight at the same. That’s how he is. It’s normal…nothing serious,’ he said.

Inside joke ..all of them laughed when this happened, sure they are poking him with a secret they know 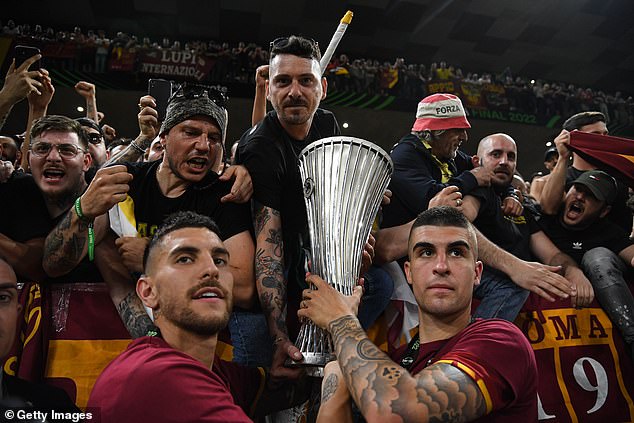 Fans on social media reacted to the footage, with one bluntly noting: ‘Nah this Gianluca Mancini guy is such a p****’.

Meanwhile, another wrote: ‘Why did Cristante and Mancini look like they have beef? They were ready to fight here after winning the trophy’.

However, another seemingly backed up the sentiments of Afena-Gyan by suggesting it was all part of an ‘inside joke’.

‘Inside joke. All of them laughed when this happened, sure they are poking him with a secret they know,’ they wrote.

The term 'role models' is bandied about far too...
Sport

Mo Salah’s £400,000-a-week wages at Liverpool make him the highest-paid player in the Premier League