Greek God! Jack Grealish displays his ripped physique as he starts pre-season early while on holiday in Athens with his girlfriend Sasha Attwood… ahead of return to training with Manchester City on Monday

By Max Mathews For Mailonline

Jack Grealish showed off his ripped physique as he began training early while on holiday in Greece.

The Manchester City star is relaxing in the Mediterranean with girlfriend Sasha Attwood after a draining Covid-interrupted campaign.

But Grealish still found time to get his pre-season underway early in Athens.

He posted to his 5.1m followers on social media on Wednesday, with the caption: ‘Working in the heat,’ followed by a sun, running and football emoji – and it has already been liked more than 190,000 times.

The images show him striking a football on a sandy pitch under sunny blue skies, running across a grassy pitch at a training centre, volleying into an empty goal and posing in just his shorts, socks and boots.

Grealish is officially set to return to pre-season with City on Monday as Pep Guardiola’s side look to defend their Premier League title. 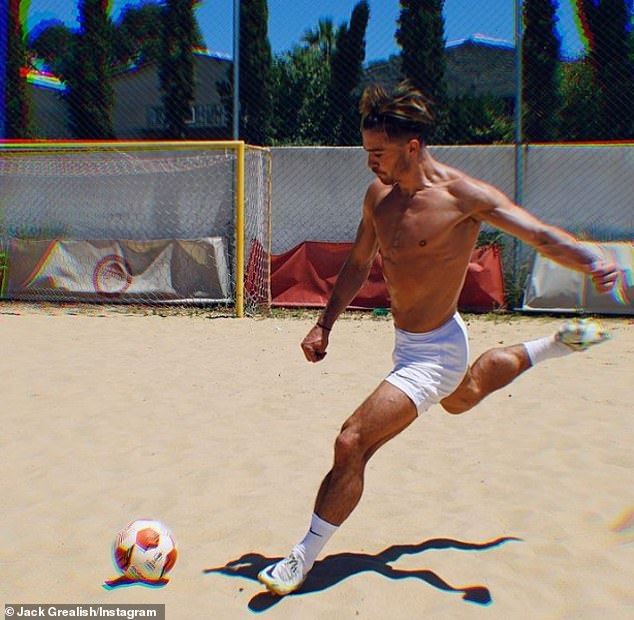 Jack Grealish has showed off his ripped physique as he began training early in Athens, Greece 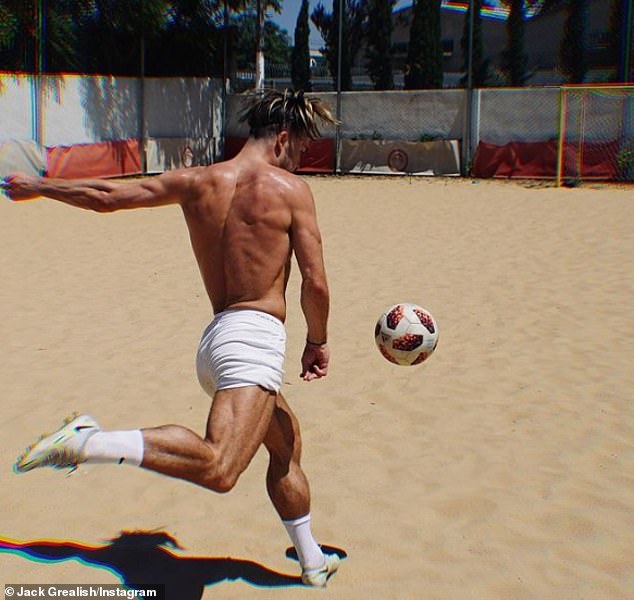 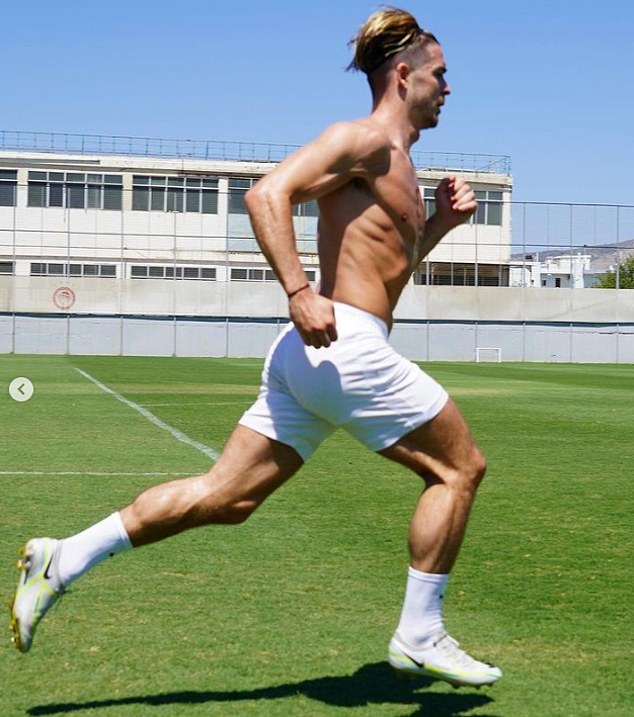 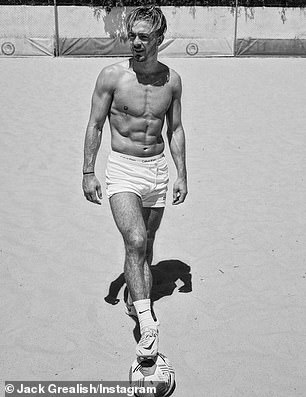 The 26-year-old had posted a similar set of training photos while holidaying on Greek island Santorini, with former Aston Villa team-mates Shay Given and Carlos Sanchez commenting to show their support.

Grealish flew to the capital city to train on his own at Athens-based champions Olympiacos’ complex.

He had earlier trained with a small local club on Santorini, who offered to move their under-10s camp to accommodate him.

The 23-cap international has spoken openly about the difficulties of adjusting to a much different style of football and the strict demands under Guardiola.

Grealish joined City from his boyhood club Aston Villa in a massive £100m deal last summer, becoming the most expensive English player ever and the sixth-most expensive of all time.

He made 38 appearances in all competitions, scoring six goals, as City pipped Liverpool to the league title by one point.