Kylian Mbappe ‘wants a mass clear-out at PSG this summer with 14 PEOPLE on his list to be axed including boss Mauricio Pochettino and Neymar’ after the French star was promised a major reset after signing his £650,000-a-week contract

The 23-year-old recently committed his future to the club by snubbing Real Madrid to sign a new three-year deal worth £650,000-a-week with PSG.

As part of the lucrative deal it is believed that the Frenchman has been given more power behind the scenes and he could be set to start pulling the strings in the transfer window. 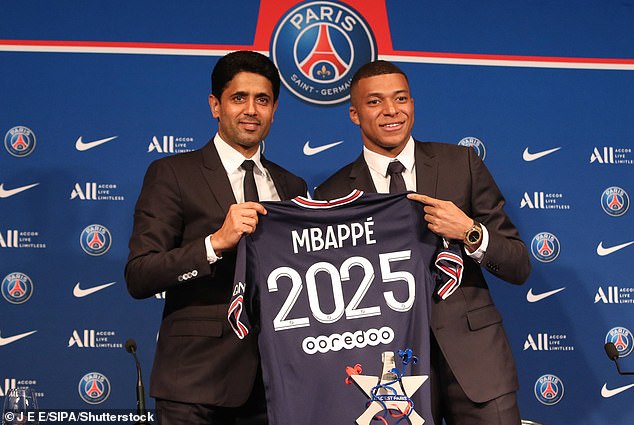 The World Cup winner wants a mass clearout at the club with 14 names on his list to be axed, according to Mundo Deportivo.

Neymar and manager Mauricio Pochettino are said to headline the star forward’s list, while Mbappe is also said to want to axe key members of the squad such as Mauro Icardi​, Julian Draxler, Ander Herrera, Idrissa Gueye, Leandro Paredes​ and Thilo Kehrer. 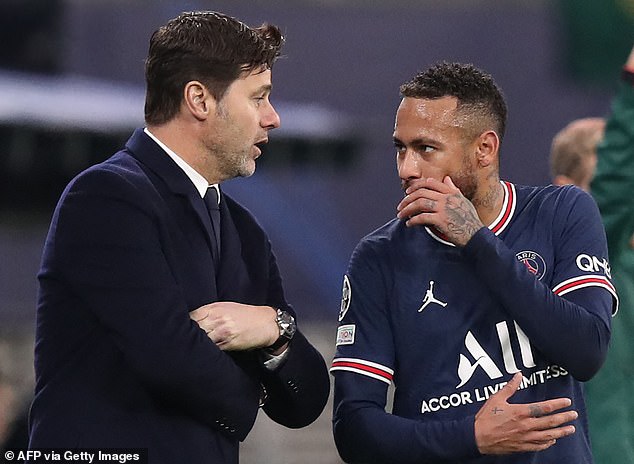 The boss’s future has faced intense scrutiny recently, despite being under contract with the French outfit until the end of next season.

Despite leading PSG to the Ligue 1 title, their disappointing Champions League campaign, which saw them knocked out by Real Madrid in the last 16, has led to talk that the former Tottenham boss could be replaced.

The Argentine had also been linked to the Manchester United job before the club confirmed Erik ten Hag as the new permanent manager.

However, Pochettino recently insisted he wants to see out the final year of his contract insisting he is ‘motivated’ at the club. 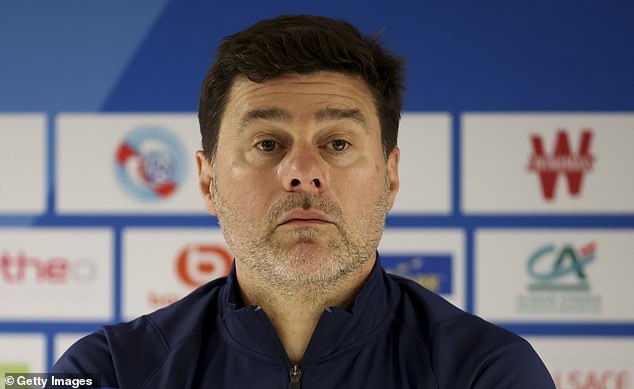 Speaking to Spanish radio show ‘El Partidazo de COPE’, the 50-year-old said: ‘Before I said [that I want to stay] 100 percent here.

‘Today I say 100 percent here [too]. I have one more year left on my contract. The challenges are there and it motivates any coach.

‘Of course I want to continue, 100 percent. PSG are a club with ambition. The big disappointment is the Champions League [elimination] because of the desire of the people.’ 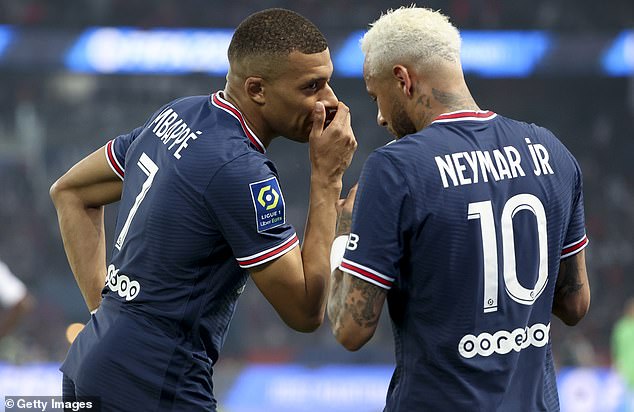 Meanwhile, Neymar is still the most expensive player of all time after joining the French giants for £198m in 2017, but his status at the club is said to be on the wane.

According to L’Equipe, his relationship with Mbappe has deteriorated to the point the club and president Nasser Al-Khelaifi are fine with letting him go.

Newcastle United had been linked with a move for the Brazilian and are likely one of the very few sides that could afford him but Neymar reportedly has no desire in a switch to the North East.

However, European giants Manchester City, Manchester United, Liverpool, Real Madrid and Bayern Munich have no interest in signing the 30-year-old.