By Kishan Vaghela For Mailonline

Erik ten Hag has reportedly had a change of heart regarding Cristiano Ronaldo’s future at Man United and is now open to letting the wantaway forward to leave.

The 37-year-old’s future at Old Trafford has been up in the air ever since he declared his intention to quit the club earlier in the summer following their failure to qualify for the Champions League.

Ten Hag – who became the club’s first manager in 101 years to lose his first two games following their 4-0 hammering at Brentford on Saturday – has remained adamant throughout the transfer window Ronaldo remains part of his plans for this season. 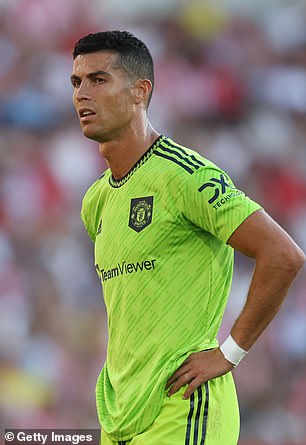 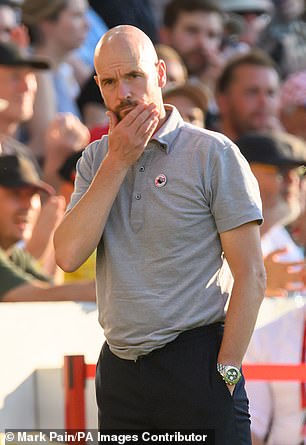 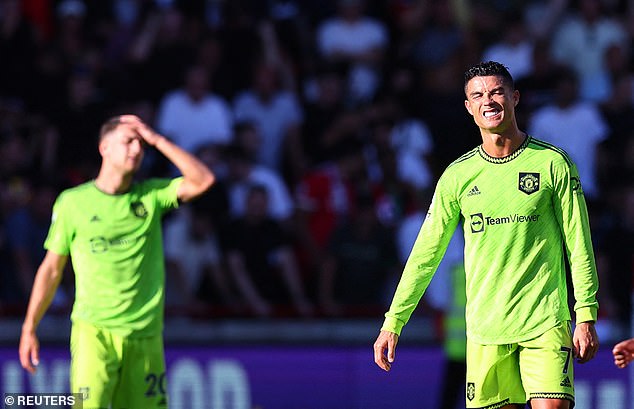 But The Athletic claim the 52-year-old has now changed his mind and is open to letting Ronaldo leave, citing his difficult reintegration back into the squad after he missed most of pre-season due to family reasons.

The report claims since returning to the fold, there have been days where Ronaldo sits by himself during lunch at the canteen at their Carrington training ground.

The same outlet reports there have also been instances of him flapping his arms about in training and trying to argue against the high-pressing approach implemented by ten Hag.

The news comes with Sportsmail understanding that while Ronaldo is said to be training well, he exchanged words with Ten Hag’s No 2 Steve McClaren at the final whistle after refusing to applaud United’s travelling fans, and there is a feeling that his mood is having a negative effect on the dressing room. 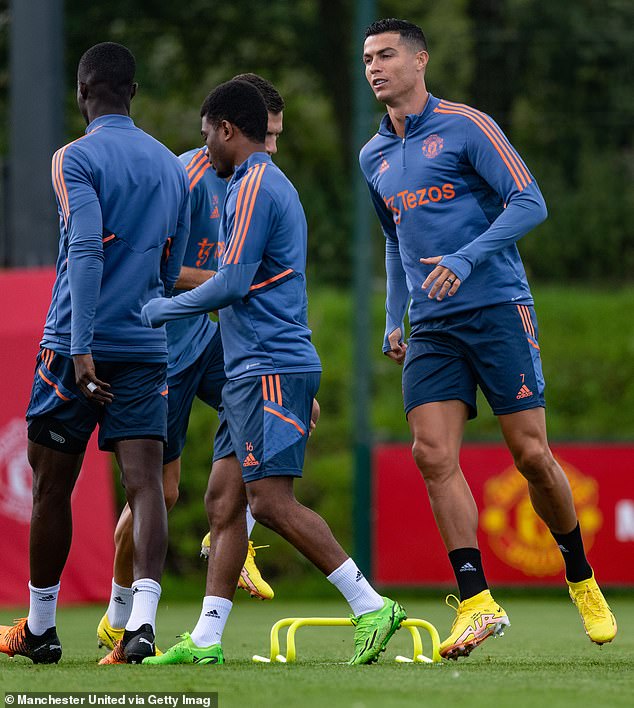 However, United have dismissed suggestions that Ronaldo’s contract could be cancelled, and reiterated that he is staying at the club.

However, the Athletic insist United will only consider selling the Portugal international if they can recruit in the forward areas, which they have found beyond difficult this summer and their need has been exacerbated by Anthony Martial’s injury.

The club had a £7.5m bid for former West Ham and Stoke forward Marko Arnautovic last week, before opting to pull out of a potential deal for the Bologna star following a huge backlash from fans.

Another player United were linked with was RB Salzburg star Benjamin Sesko but the club were beaten to a deal for the promising Slovenian by RB Leipzig, while Alvaro Morata is also a rumoured target. 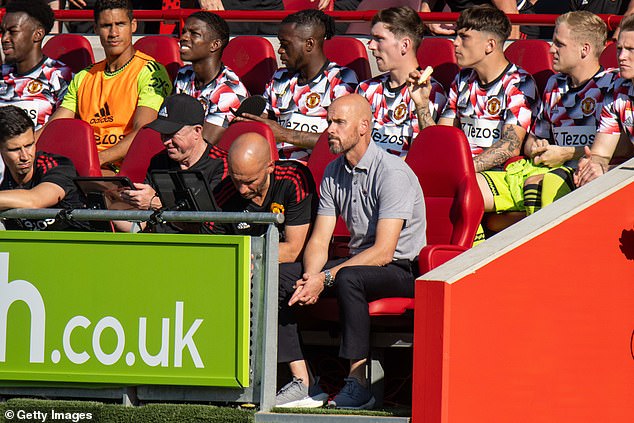 Icardi has been left out of PSG’s matchday squad for their opening two Ligue 1 matches this season, and manager Christophe Galtier has confirmed that the 29-year-old is free to leave.

United are showing an interest in the Argentine forward, and Icardi is keen on a move to Old Trafford, according to Get French Football News.

However, it is understood that PSG feel Icardi is not United’s top target, and the Red Devils have not made direct contact with the French champions yet. 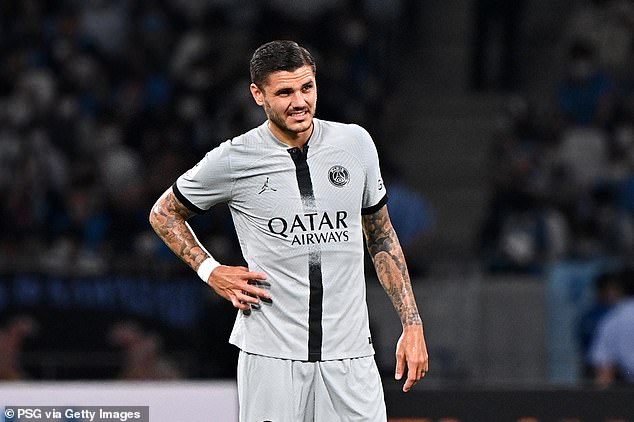 Jens Stryger Larsen (born 21 February 1991) is a Danish expert footballer who plays as a protector for Trabzonspor...

A British ex-prisoner of war captured in eastern Ukraine revealed he was stabbed and beaten before being told by...

Ex-Bachelor star Brittany Hockley has left little to the imagination as she bared her midriff for a hen’s party...

In recent years, video games based on iconic Marvel Comics characters have demonstrated the versatility of those characters and...

A lady who made her hair and refused to pay was spotted in a viral video being...