By Oliver Salt For Mailonline

Manchester United fans have tried their best to tempt fate by tweaking Sir Jim Ratcliffe’s Wikipedia page to incorrectly name him as owner of the club.

Ratcliffe, the billionaire owner of chemicals company Ineos, has thrown his name in the hat to take over at Old Trafford amid calls for current owners the Glazers to depart.

The US tycoons have faced protests from supporters ever since their arrival in 2005 over financial constraints they have placed on the club, all while withdrawing millions of pounds in dividends payments for their own personal profit.

And United’s woeful start to the season under new head coach Erik ten Hag, who has lost his first two Premier League matches, has increased the pressure on their unpopular owners once more.

With fans and pundits calling for their exit, Ratcliffe has expressed his desire to buy the Glazers out in Manchester and acquire full control of the club.

In light of that development, United supporters have demonstrated exactly how keen they are for the 69-year-old to take the reins by doctoring his Wikipedia page.

After being tweaked by an eager fan, Ratcliffe’s occupation on the website briefly read: ‘Chairman and CEO, Owner of Manchester United’ before being swiftly deleted. 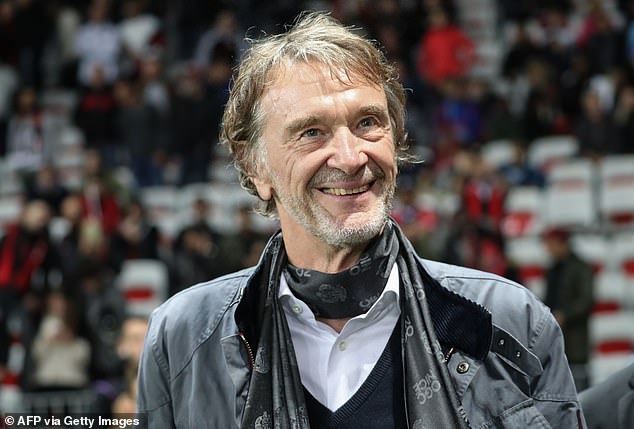 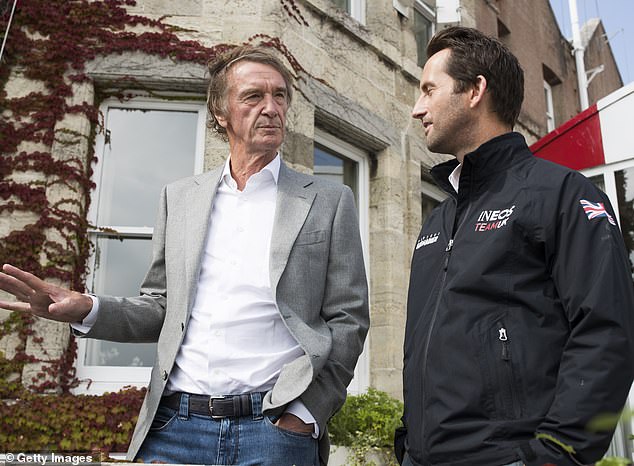 Ratcliffe, Britain’s richest man, has thrown his name in the hat to take over at Old Trafford 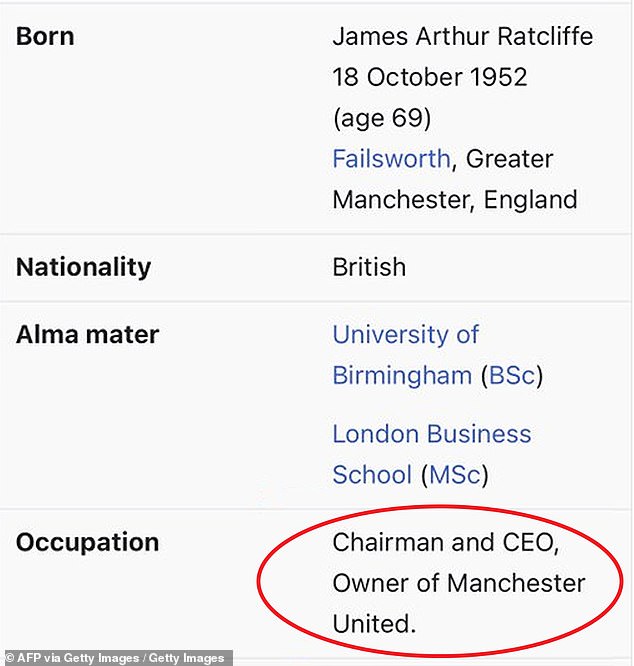 Ratcliffe, a self-confessed United fan, recently failed with a £4.25billion offer to buy Chelsea before a consortium led by Todd Boehly took control at Stamford Bridge.

Now Britain’s richest man is setting his sights on the Red Devils, with a spokesperson for Ineos confirming his interest in succeeding the Glazers.

‘If the club is for sale, Jim is definitely a potential buyer,’ the spokesman told The Times.

‘If something like this was possible, we would be interested in talking with a view to long-term ownership.’

Ineos then added that Ratcliffe would use investment to upgrade current infrastructure such as a deteriorating Old Trafford, stating there is a need to press the ‘reset’ button. 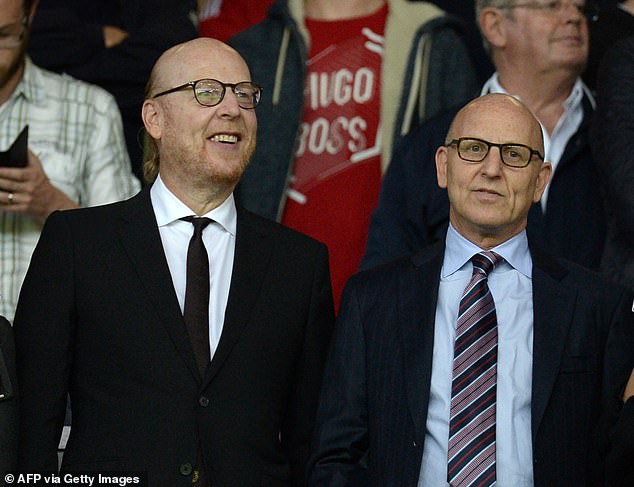 ‘This is not about the money that has been spent or not spent,’ they added.

‘Jim is looking at what can be done now and, knowing how important the club is to the city, it feels like the time is right for a reset.’

Despite Ratcliffe’s intent to buy United outright, the Glazers are only prepared to sell a minority stake in the club.

As revealed by Sportsmail, they have entered exclusive talks with US private equity company Apollo to offload a small share at Old Trafford.

It is understood Apollo may bring in other investors as part of any deal, however the consortium is not likely to include bidders who missed out on the recent sale of Chelsea, such as Ratcliffe.