Socceroos coach Graham Arnold has confirmed he will push for the start of the A-League season to be brought forward in a bid to get his players much-needed match fitness before the World Cup in Qatar.

Arnold said he needed as much time as possible to assess players before picking his strongest squad for the tournament, which begins on November 21.

‘That [starting the season early] is something I’ll speak to (Football Australia CEO) James Johnson and (Australian Professional Leagues CEO) Danny Townsend about because we need the players fit,’ Arnold told Nine’s Wide World of Sport.

‘I need to be able to see players (in action) to select them…it takes a good five to six weeks to get started in a new season.’

The A-League traditionally gets underway in mid-October. 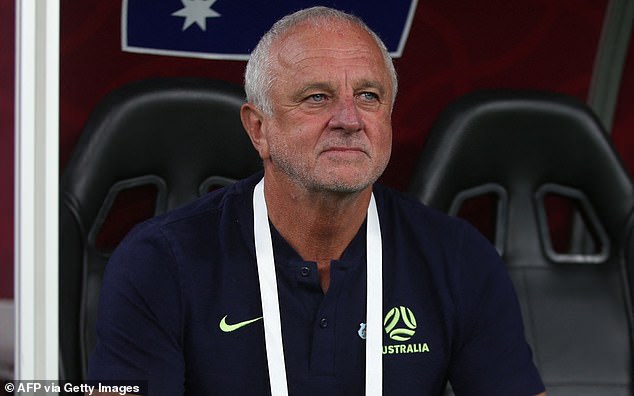 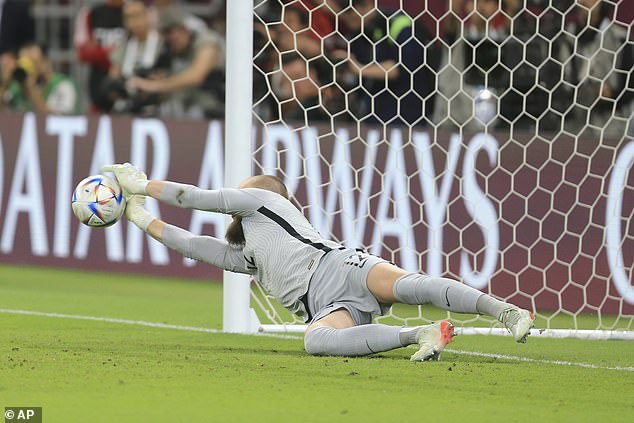 Arnold is confident Football Australia and A-League executives will back his request (pictured, Socceroos goalkeeper Andrew Redmayne saving the decisive penalty versus Peru)

Arnold is confident Football Australia and A-League executives will back his request, stating ‘I’m sure we will get the support from them’.

The A-Leagues have been run by the Australian Professional Leagues (APL) since last year after Football Australia officially handed over control to the clubs.

Australia is in Group D at the World Cup alongside pre-tournament favourites France, as well as Denmark and Tunisia.

It is the first time the World Cup has been played in November.

Arnold said his squad won’t have a defensive mindset when they line up against Les Bleus in their group opener on November 23.

‘I was in Russia in 2018 [World Cup] in the grandstand and I felt we didn’t try to win the (group) game against France, we tried not to lose it,’ he said.

‘The Peru game showed if you take away their strengths, no one likes to play under pressure, so we will go out there and give it a great shot.’

Angelica Michaux, the sMothered star, returned to Season 3 of the show to share the tale of her pregnancy...

Investors should eschew chasing recent rallies in stocks and bonds given the current economic uncertainty, according to the chief...

We’ve got some fantastic news for Stranger Things and Joe Keery fans!Keery, who plays the beloved character of...

Hoards of angry Donald Trump supporters descended on his Mar-a-Lago home last night shortly after it emerged that the...